THE CHINESE MEDIA SOAP ON ITS THREE CARD TRICK 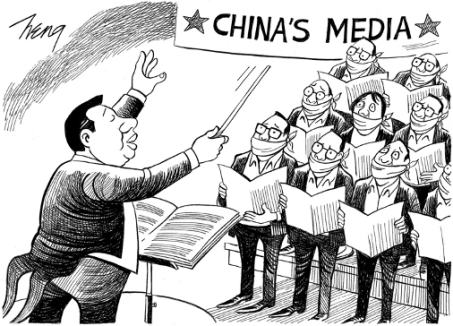 Ever since my last article on the Chinese Three Card Trick, there have been a set of events – seemingly unconnected but enough to set me thinking. Things did not jell. I shared my apprehension with Lt Gen Ata Hasnain also. We concluded that one will have to wait and watch without letting our guards down. Then the article from Taiwan Times appeared. It explained many things. I may be seeing patterns where none exist. No harm in sharing it and getting it off my chest.

What do I do if I was in a disadvantage and if I were ‘China’ in this logjam? I must get India into discussing my  proposal on my terms. Hence I must create a perception that it would be better for India to negotiate a proposal rather than face escalation of the conflict which they are losing. Hence I put my ‘Give up Finger 4,Gain Kailash Range, Retain Depsang’ proposal out. I leak  it out in their media so that the proposal does not look like mine. I refute it publicly. Later, I also make a point that this is what India wants since they are weakening and are unprepared for the winter. The Chinese media soap story starts!

Simultaneously I must create other perceptions and diversions to bring India to negotiate on my proposal. So the first perception I create is that the conflict is widening.  Hence I get someone well known in the Chinese media to tweet out that there is a new village being established in Bhutan indicating a new encroachment in the sensitive Doklam area. Ensure the Indian media picks it up despite the fact that this encroachment is old. So what if the Bhutan Government is refuting any new encroachment? Perception! Then I plant stories about my interest in the Fishtail Area of Arunachal Pradesh and the Central Sector in Kaurik areas. That also gets picked  and splashed on a leading newspaper. All these widen the perception of the Indian public that China is about to widen the conflict and look at new areas to encroach. Fear and apprehension are the keys.

I also must create the perception that China is winning in Eastern Ladakh. Hence I filter out the story through Western ‘neutral’ media that the Indian troops have been microwaved on the Kailash Range and that they ran away shamefully. I also give out news of deployment of satellite jammers. I must also indicate thar PLA is being battle readied. Hence movement of tank transporters, reinforcement of depth areas, deployment of UAVs, capability addition in air fields is also filtered across.

Simultaneously China must instigate Pakistan to increase violence in the Valley and along the LOC. It has obviously done so. Hence one can see a spike in activity.  Is this increased activity by Pakistan part of collusive activity or election related? It does not matter since it is timed to serve both purposes.

The question which comes up – Is PLA ramping up the situation? The answer comes from Taiwan. Taiwan Times has filed a report that ‘The PLA troops are struggling to survive in sub-zero temperatures with poor quality of clothing and accommodation. Local chinese garment manufacturers produced clothing that can at best be utilized by troops deployed at 9,000 feet’. The report further states that ‘PLA Joint Logistics Support Force (JLSF) has constituted a Supervision Team for emergency procurement of Extreme Cold Climate clothing. Emergency plans such as the setting up of special working classes, scientific planning, factory supervision, on-site inspections and placement of military representatives in factories to supervise production have been put in place. This team is reported to have been reporting directly to the Central Military Commission’. If this report is even half correct, the situation is not great across the lines in PLA in Eastern Ladakh. PLA morale seems to be competing with the rapidly plummeting temperature.

The Taiwan Times report is corroborated by other reports. Multiple reports filtering through that indicate that PLA troops are suffering cold casualties far in excess of the normal. These troops are not taking well to high altitude. My hunch is that this issue has filtered into Chinese domestic media and these are being highlighted or debated in some form. The reason is simple. Every second day  the Global Times comes out with some news or video or the other showcasing newly developed winter clothing being provided to the Chinese soldiers, new barracks with heating and enhanced oxygen, water wells being dug to provide fresh water for troops, use of drones for logistics et al. Very unconvincing. All this news coming out is probably to placate their domestic audience that things are OK when things are not OK! The internal situation could be actually bad. They are rotating troops on the front line far too frequently. It does indicate something amiss.  PLA seems to be taking an internal beating despite the heavy censorship. this needs confirmation by official sources.

Very clearly there is a double leverage being attempted by the Chinese. Create a perception in India that its troops are losing it.  Political pressure can then be built to get India to the negotiating table to disengage at Chinese  terms at the earliest. Simultaneously create a perception that PLA soldiers are well equipped and taken care of. A classic case of alternate reality.

What should we do? This is my surmise based on open source inputs. First. Confirm this through intelligence agencies if it is my flight of fancy or otherwise. Second. Any Chinese proposal or media release needs to be seen with a heavily jaundiced eye. In my estimate. Keep the Chinese up there. All tricks to get us off the Kailash Range  should be spurned. This is the time to ensure he takes a backfoot on the Depsang area. He will not unless some leverage is created. Look for that tactical action which creates strategic imbalance in PLA to reinforce what the winter is already doing. As I have said earlier, the longer the Virus lasts and the longer the  PLA is kept on the battlefield of Eastern Ladakh, China will keep losing strategically. The seeds on ‘Containment of China’ are being sown in the frozen wastes of Chang Tang.

There will be questions as to what is our status. The truth is that that we are also having cold related injuries. We must accept that we have cases of HAPO, frostbite, Chilblains etc. However things are under control. We know what we are in for. That is half the battle won. We are rightly equipped and mentally prepared with our vast experience. We know how to handle the situation – at troop level, at leadership level and at logistics level. The Morale of our steadfast troops is high. The intangible of Comprehensive National Power called will and morale gives us the edge.

Till then – Stay put and be alert.