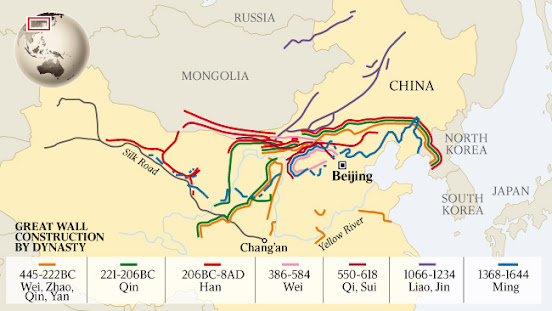 The tweet by China’s spokesperson urging India to adhere to the One China principle and stop all forms of official exchange with Taiwan needs to be put in the correct perspective. The One China principle is a core issue by which PRC lays claim to Taiwan. By extension, this principle is used to give legitimacy to all areas it has usurped and all other territories it now lays claim to. This  corrosive principle underscores China’s hegemonistic ambitions and territorial expansionism. The One China principle is however, based on false premises and deceitful distortion of history done in typical communist fashion. The PRC uses similar distorted logic to progress its claims in other areas.  In this context, one must go back into ancient Chinese history, which is staring at us from the Great Wall of China to understand what is the real ‘One China’. 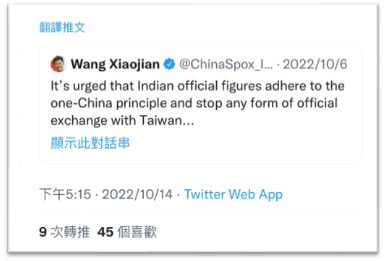 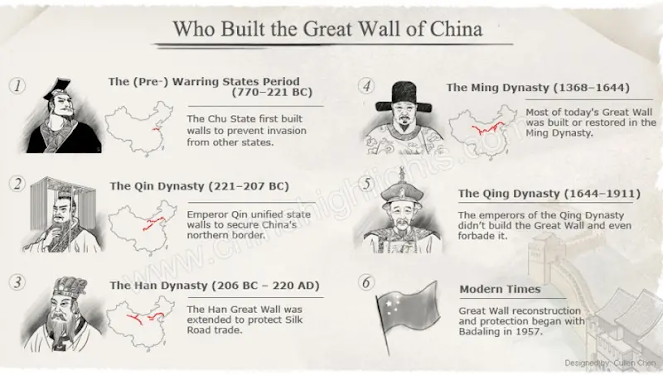 The Great Wall of China was built by various empires to prevent invasion from other states, secure China’s northern border, and protect the Silk Road trade. In fact there is no single wall. The Great Wall, as we know it is a series of walls built through Chinese history,  by various emperors of different dynasties,  for different purposes. However one geopolitical issue stands out from these marvels of construction which have been clubbed together and called the Great Wall of China. The outer boundary of the Chinese nation is defined by the outermost of all the Great Walls. Anything outside the line of Great Walls was outside China. From this fundamental logic it is quite clear that there is only ‘One China’, which is the area encompassed by the Great Wall to the North and the coast line to the South. The areas of Tibet, Xinjiang and Taiwan are well outside the ‘One China’ based on historical evidence. Till as late as 1932 Tibet, Xinjiang (Sinkiang), Manchuria, Mongolia and Taiwan were not part of  China. This is borne out by an US map of those times. Xinjiang, Manchuria and  Mongolia were assimilated into China by the communists using various pretexts. This was done during a politically turbulent period in China which spans the Japanese occupation, the civil war and up to the end of the second world war. Tibet was invaded and annexed in 1956. 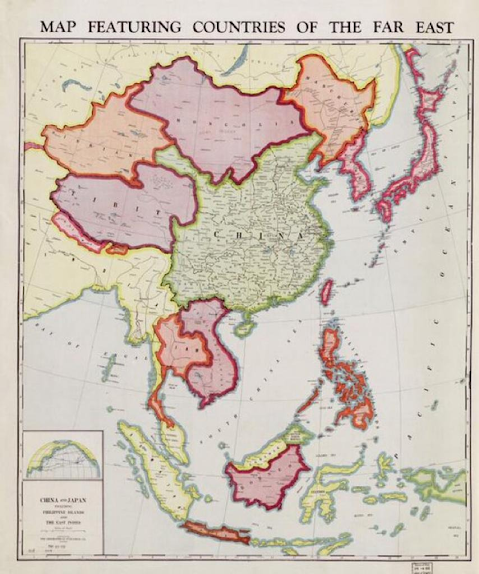 In the 17th Century, Taiwan was a Dutch colony. After a brief period of independence it was taken over by Imperial China. It was a Japanese colony from 1895 to 1952. Japan ceded sovereignty over Taiwan as per the Treaty of San Francisco and Treaty of Taipei on 28 April 1952 to the ROC and not to the PRC (CCP). Ever since then Taiwan has been an independent state. It has never been ruled by the Communists even for a day.

In the mid 70’s, many governments did not recognise the PRC, while most governments recognised and dealt with the ROC. It was only when the United States recognized the PRC in 1979 that the very idea and concept of the ‘One China’ principle came into being. As per this, China insists that Taiwan is an unalienable breakaway part of its territory. PRC  wants to annexe it even by force if necessary. In fact this has been one of the  key themes in the recent 20th Party Congress of the PRC.  From all perspectives, the One China principle is a recent day construct and is not based on historical evidence.

The One China principle is therefore premised on a false fact that Taiwan is part of the PRC even though it was never under their rule. Accepting the outlandish One China principle and its twisted logic means accepting the Chinese expansionist claims in other areas. For instance, China twisted and manufactured history in the form of the Nine Dash Line  to lay claim on the entire South China Sea. Ignoring Chinese intentions and not contending its falsehoods emboldened PRC to establish artificial islands in South China Sea and controlling part of it. It is now laying sights to claim and control the balance of South China Sea.

From an Indian perspective, the twisted Chinese logic of One China resonates with other perfidious claims. In the 2003 agreement  India recognised Tibet as part of China. The agreement was based on the understanding that the  boundary between India and China was to be settled generally along the Mac Mahon line which was in itself based on the Himalayan crest line. At the time of signing this agreement Arunachal Pradesh was already one of the constitutional states of India since 1987. There was no objection to this status when the agreement was being signed in 2003. However, after signing agreement, China started laying claim to the entire state of Arunachal Pradesh as being part of South Tibet, very deceitfully. Till then the term South Tibet never existed in any form of usage. The invented term of South Tibet is now being given a coating of fictitious history to derive legitimacy. There is a stark similarity with One China. 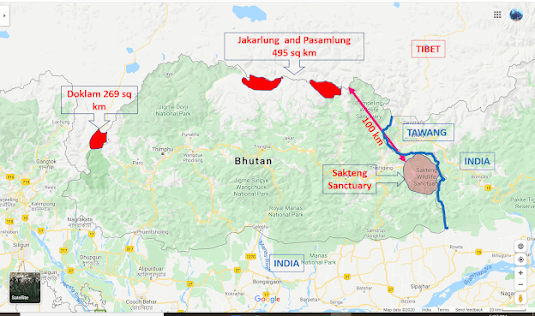 In its latest gambit in 2020, China has laid claim on the Sakteng sanctuary which is 100 km deep into Bhutan. This area is contiguous to the Tawang Tract. The Chinese have now started claiming it as part of South Tibet. The Chinese have simultaneously revived Mao’s palm and five finger theory which says that  “Xizang (Tibet) is China’s right hand’s palm, which is detached from its five fingers — of Ladakh, Nepal, Sikkim, Bhutan and Arunachal. As all of these five are either occupied by, or under the influence of India, it is China’s responsibility to ‘liberate’ the five to be re-joined with Xizang (Tibet)”.

“One China”, “Nine Dash Line”, “South Tibet” and “Mao’s Five Fingers” are all part of the China’s territorial expansionist design which is being furthered and executed incrementally. There seems to be a “Greater China” principle which is at play. It is high time that India and the rest of the world recognises that accepting the One China principle means yielding to China’s larger plan. From an Indian perspective it is totally unacceptable. This needs to be conveyed in no uncertain terms. From a personal perspective, One China is that area as depicted in the 1932 map of USA and nothing more.  I do hope the Chinese spokesperson reads this. I also hope that some officials in the foreign ministries of India and Taiwan read this and formulate a joint plan to counter China’s illegal expansionist designs.

One response to “CHINA’S EXPANSIONISM : FROM ONE CHINA TO GREATER CHINA By Lt Gen P R Shankar (Retired)”