The Xi of Everything by Lt Gen P R Shankar (R)

Published in The Financial Express @ The Xi of everything

Xi believes that he has a mandate from heaven to lead his nation to the pinnacle of the international system. He has preordained himself to be the greatest Chinese to be born. He has scripted his history yet to be lived. 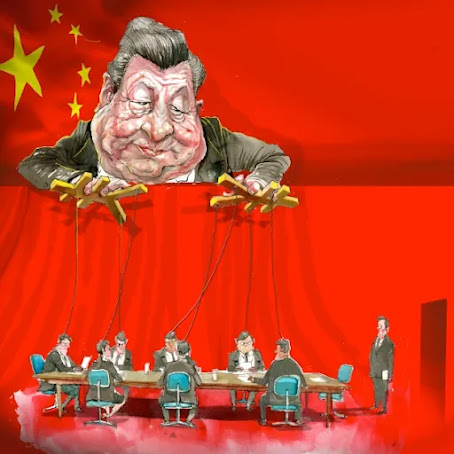 In the past one month we have been treated to the spectacle of a dictator anointing himself for life. A nondescript personality ten years back, turned himself into a chairman of everything and the core of a party in the most populous nation on earth. Something like a frog which turned itself into an Ogre. We need to think hard since it has implications for all of us.

Hitherto we were dealing either with a nation or an authoritarian party interchangeably. Henceforth when we deal with China, it is no more a nation or a system or a collective entity but an extension of an individual – the Xi of all things. Xi believes that he has a mandate from heaven to lead his nation to the pinnacle of the international system.  He has preordained himself to be the greatest Chinese to be born. He has scripted his history yet to be lived.

When Xi wore his triple hats, he was seen as being dull, stoic and unremarkable with no original thoughts of his own. Politicians, pundits, scientists, journalists and business executives in China and outside expected him to continue with reforms. They oracled that the liberalisation path would widen. They were surprised. The frog turned out to be a wolf in sheep’s clothing. Xi emerged as the ideological man with  revisionist ambitions who deliberately turned to Marxist principles to isolate China from the world.

Deng Xiaoping had opened the path of reforms and propagated collective thinking. Under Jiang Zemin, it was extended to decisions by majority vote in the politburo standing committee. Hu Jintao, went further and gave a veto to every member of the committee. Not for Xi – a man more in the mold of Mao. It had to be a rule of one by The One. In the past decade, he has steadily obliterated  collective power sharing or thinking. He has cherry picked and packed the power structure with those who are beholden and loyal to him. Any form of an alternative to him has been purged through anti-corruption campaigns or has clinically been politically side-lined like Hu Jintao was. 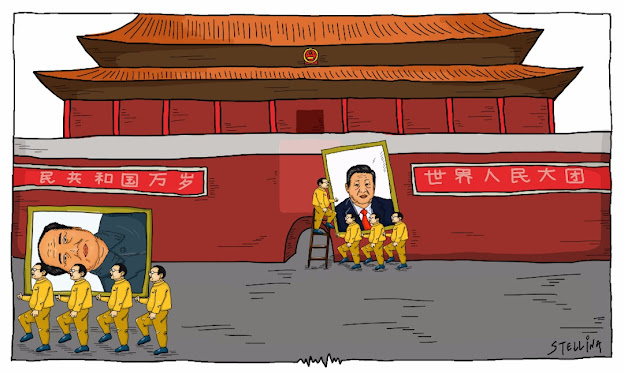 He has ensured all those  who are beholden to him have  instituted the  “two establishes” and “two safeguards” .  The “two establishes”call on party members to treat him as the “core” of the party and to regard his governing philosophy as a key tenet of party rule. The “two safeguards” require party members to protect his status as the core and to safeguard the party’s leading role in politics in China. In doing so, he has merged the Party into him. Hereafter, he  is the Party.  In my opinion we are looking at a persona who is the ‘Xi of everything’. It is time to sit up and think.

The Xi of everything needs to be understood in a larger context. Han China is a homogenous society whose population has been largely united. It has been a centralized state through centuries where the relationship between the ruler and the ruled has been one of total obedience and subservience. It is this phenomenon that has allowed emperors and dynasties to flourish at the expense of the people in the past. The same phenomenon has thrown up strongmen like Chiang Kai Shek, Mao Zedong and Deng Xiaoping. Xi Jinping has gone a step further.He has elevated himself to a pedestal above everyone else for life. He represents a near-perfect symbiosis of a redder than red dictator with his unitary form of government lording over a subservient population.In other countries leaders might come and go. Xi is there for life. That is a worrying proposition.

Before you decide that the poor Chinese people are being trampled upon, it will do well to  understand that his aura and his background have made an immense connection with the people. As per reports 91% of the Chinese trust his leadership. The reason being that in the last four decades, Chinese have seen their material well-being improve phenomenally. They have been told by Xi that the world respects China and is now frightened by it.

China is rejuvenating under him as never before. That resonates with the people and props up Xi. They are not told of the decline they are facing due to Xi. They are being warned to be prepared for the stormy times ahead. When that happens, it will be sold due to evil external factors. These factors will have to be sorted out militarily. That is the problem. 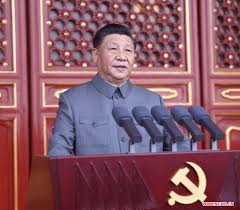 From the day he assumed power, he has repealed all forms of reforms or opening up. He has yanked hard left to take China back into an era reminiscent of Mao. The Cultural Revolution scripted by Mao scorched independent thinking and killed China’s spiritual, intellectual and cultural life which constituted its civilisation. Xi’s Cultural Revolution is broad based, refined, sustained and even more deadly.

It revolves around the Xi Jinping thought, anti-corruption campaign, re-education centres for ethnic minorities especially Uighurs, reformation of Islam in conformity with Chinese characteristics, merciless scotching of democracy in Hong Kong and a promise or re-education to 23 million Taiwanese when forcibly re-integrated. The draconian Zero Covid regime of mass testing, widespread lockdown, poor vaccines, and victory over Covid reminds one of the madness of the original Cultural Revolution in case the old flavour is being sought. Just like Mao who did not care if millions perished, the Xi does not blink an eyelid at the prospect of continuing with zero covid which has crippled life of a billion plus in China.

Xi’s great leap forward is centered around the remarkable failure of Zero-Covid being touted as a phenomenal success, a vague promise of common prosperity, a dodgy concept of  dual circulation and propagation of the public sector through emasculation of the once vibrant private sector. The current great leap is also punctuated by graduates struggling to find jobs, unemployment  and a tanking Chinese real estate market. Add an ageing population into this eclectic mix. The decline of the great Chinese nation stares at your face.

However there is a great difference between Mao and Xi. Mao ruled by creating chaos.  However his bloody script sought greatness largely within China.Xi seeks internal stability and order through fear and hubris. Xi also seeks to engineer external chaos and thereby accrue international greatness like he did when let the Coronavirus escape China. The BRI, CPEC, Health and Digital Silk Routes, combined with Debt Trap diplomacy and wolf warriors firmly add to this external bandwidth.

His concept of globalisation where the world is expected to open doors for China as China keeps its door firmly shut propagates a new Chinese order. Annexation of Taiwan, by force or otherwise reunites the Chinese nation. More importantly, it rejuvenates China by the intrinsic defeat of the USA. The Xi of everything has a bigger vision.

The past month has taught us that as per the ‘Xi Thought’,  ideology, political stability and security trumps economic growth. We did not believe it when it was unveiled in 2017. It is time to understand that Xi believes in the Maoism that power flows from the barrel of a Gun more than we do. He has not hesitated to use it when necessary. He will not dither in future also. The Xi is also besotted with a security phobia.

China needs to be defended in cyberspace, outer space, at the bottom of the ocean and in the polar regions. Only Xi can do that. The external dimension is being guarded by building the greatest military on earth. Internal security is bedrocked on near total mass surveillance, powered by data and algorithms which enables people to be monitored and controlled. It is beyond the simple censorship of the yore.

Mao Zedong could only have dreamt of a time when only he could have decided where people could or could not go. Xi can do so now. Xi’s system has not only ensured that but it has ensured that there is no organized political opposition in the country against him. No one can dethrone him as long as he lives. Rivals — real and imagined — have been removed. Subordinates now compete to prove their fealty to Xi which is more important than competence. Xiland  is finally the ideal animal farm where freedoms do not exist. The Chinese people owe total allegiance to the party and in turn to the ideology of Xi of everything.

As the Xi of everything takes China back into an era of total control, isolation and decline, he will remain obsessed with  national security, quashing ideological and geopolitical challenges. The swagger of a nationalist China will increase in future as Xi  cements himself in the centre. The two dangers to his dream are the USA, which he wants to destroy before displacing it at the pinnacle and India which alone can displace China from its perch. He will train his guns on them. We will be in a fool’s paradise if we think otherwise. What are the options with India to respond to this evolving situation? That will be in the next article.