Published in The Print @ China’s ‘Century of humiliation’ never ended. It needs a Mandela or Gandhi now

Mao Zedong, Deng Xiaoping and Xi Jinping—All of them have contributed to humiliating the Chinese people to keep CCP in power and achieve personal glory. 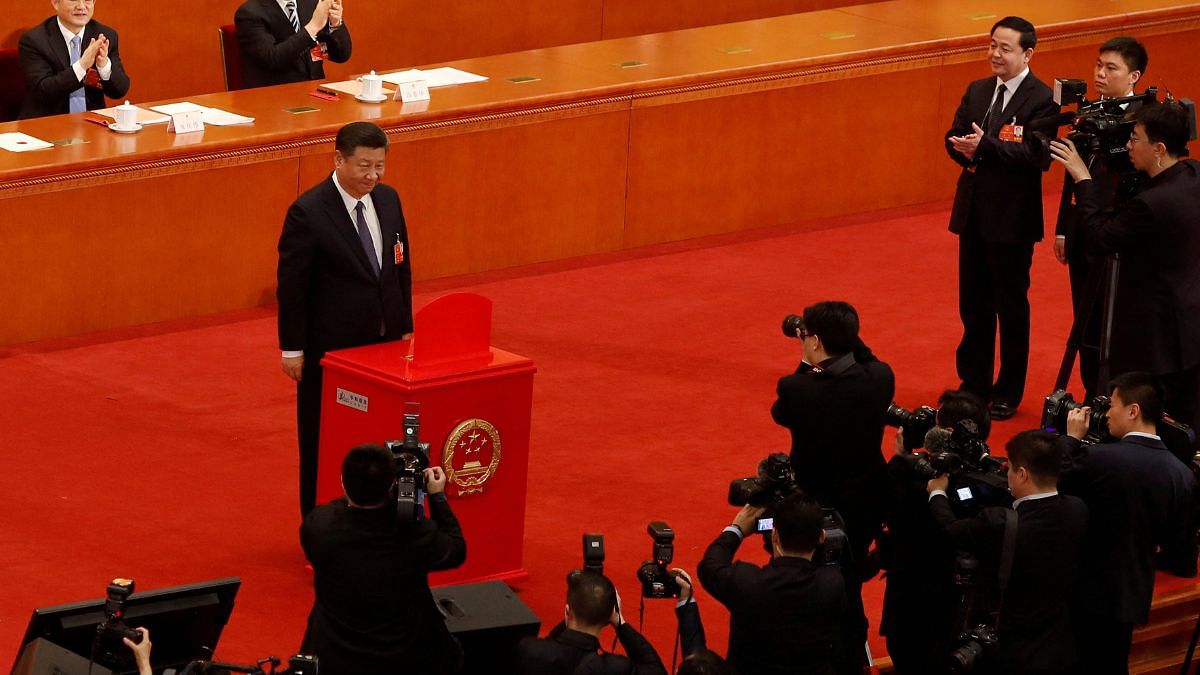 The ‘Century of Humiliation (1839-1949)’ is the multifaceted period when the imperial government lost control over large portions of Chinese territory to foreigners. The Opium Wars represent one facet. In the First Opium War (1839-1842) British gunboats went up the Yangtze River and compelled Chinese rulers to open their ports and markets to the opium trade. During the Second Opium War (1856–1860), China fought against Britain and France. Superior European military technology prevailed over the weak Chinese forces. As a consequence, China was forced to sign unequal treaties to grant favourable tariffs, trade concessions, reparations and territory to the Europeans. It included parting with Hong Kong.

During the same century, China and Japan fought two wars. The Japanese military defeated the weaker Imperial forces in both wars and gained control over Taiwan and portions of Manchuria. Japan devastated and plundered China along the Yangtze basin. It resulted in about 15 million deaths and massive destruction of industrial infrastructure and agricultural production. Even today, the Chinese remember the brutal Rape of Nanjing in 1937 with dread. The other facets include massive rebellions in the early 1900s, when millions of people died. These uprisings were in opposition to the Chinese government and its capitulation to foreign demands. It led to the collapse of the imperial system in 1911. In this period Tibet, Mongolia, and Xinjiang declared independence to reduce China’s territory. The devastating Chinese civil war between the Communists and Nationalists is also part of the ‘Century of Humiliation.’

Also read: Xiconomics, The Fracture of a Chinese Dream

The Chinese Communist Party (CCP) narrative portrays a loss of Chinese territory, a loss of control over its internal and external environment, and a loss of international standing and dignity during the ‘Century of Humiliation.’ This ended when Mao Zedong and the CCP established the People’s Republic of China (PRC) in 1949. The ‘Century of Humiliation’ then taught the Chinese how strong powers behave towards weaker powers. It also taught them that if China falls weak, it will be laid to waste again. Based on this experience, the CCP wants China to grow so strong in the international arena that it can dominate all competing foreign powers. The narrative is also that the current international system is inimical to China. It should therefore use its growing influence to transform the existing system. The revenge on the ‘Century of Humiliation’ will be complete when a China-centric order is established and Taiwan is ‘reunited’ with the PRC.

The Chinese narrative is compelling when viewed in isolation. But it must be seen against a wider canvas. In the colonial period, events in China were no different from events in wide swathes of Asia, Africa and the Americas. However, what happened in the post-colonial period ever since the CCP came into existence in 1921 is unique to China.

The CCP has been dominated by three leaders—Mao Zedong, Deng Xiaoping and Xi Jinping. All of them have contributed to humiliating the Chinese people to keep CCP in power and achieve personal glory. They have subjected the Chinese people to unprecedented repression and humiliation in the name of progress. Their individual and collective track record is pathetic.

Mao’s five-year plan, Great Leap Forward (1958-1962) intended to achieve economic greatness in a fraction of time while other nations took decades to accomplish the same. Mao established large-scale rural communes to solve China’s industrial and agricultural problems. They failed miserably. The Great Leap Forward created the Great Famine—the largest manmade famine in history. Mention of the famine is taboo in China to this day. It is called a period of Natural Disasters. When people starved to death, Mao did not even acknowledge the famine or initiate remedial action for nearly three years. He even refused to seek international aid. Mao’s worst acts of ‘commission’ were abolishing private food production, establishing mismanaged communes, and exporting food during the famine when people were starving. There are reports that people were driven to cannibalism. Ruling elites and people living in cities were ‘selectively provided’ with food. The death toll was around 45 million—equivalent to present day population of Argentina, Algeria, or Sudan. After that, Mao kept China in international isolation till 1972. Despite the ‘Great Leap’ failure, China went to war with India, Russia, and Vietnam in the subsequent period.

The decade long Cultural Revolution (1966 -1976) was launched by Mao to renew the spirit of the Chinese Revolution. Mao wanted to destroy the “four olds”—old ideas, old customs, old habits and old culture. His goals included, replacing designated successors with his loyalists, rectifying the Chinese Communist Party, providing China’s youths with revolutionary experience, and making the educational, health care, and cultural systems less elitist. In the process, schools and universities were closed. Churches, shrines, libraries, shops and private homes were ransacked or destroyed. His ‘Red Guards’attacked traditional and bourgeois values. Many party officials, elderly people, teachers, and intellectuals were publicly humiliated, abused or simply purged. The Cultural Revolution crippled the economy and ruined millions of lives. It resulted in a decade of turmoil, bloodshed, hunger and stagnation. If Chinese were ever humiliated, it was during this period.

Deng Xiaoping is credited for initiating the reforms and opening up the economy. He and his nominated successors Jiang Zemin and Hu Jintao are acknowledged for making China rich and strong. However, it was under Deng that China’s One Child Policy was instituted in 1980 and executed ruthlessly. Forced contraception, sterilisation and abortions and stiff fines for non-compliance were the norm. It also led to female infanticide, skewed gender ratios and a generation of missing women. By the turn of the century, it was clear that the policy was a disaster. Yet it was wilfully continued till 2016 to consign China to the greatest demographic decline in human history. In doing so, they also laid the seeds of China’s irretrievable decline. The draconian One Child Policy is a singular act of humiliation of a people in perpetuity. The Chinese people have had the capacity to revive from Mao’s excesses. They will never recover from Deng’s One Child policy. It portends the decline of the Chinese nation.

Xi Jinping is a dyed-in-the-wool Communist who seeks to better Mao and become China’s greatest leader. He has sold an unattainable ‘China Dream’ to the country’s people. It is the equivalent to Mao’s Cultural Revolution. His premature declaration of victory over Covid and his politically motivated zero-covid policy has wrecked a thriving economy. He has managed to isolate China from the international community. He has incarcerated people of Xinjiang in concentration camps and has purged close to a million in his anti-corruption campaign. He intends to establish a China-centric world order through the greatest military in earth. He has jettisoned economic liberalisation, unbalanced material culture and wide inequity in favour of “State control”, “common prosperity, “a new model of win – win cooperation, “dual circulation” and a “revenge on the century of humiliation”. Under the garb of making China a strong, democratic, civilised, harmonious and modern socialist country the foremost global power by 2049, Xi Jinping is scripting his version of Great Leap Forward. Like Mao, he is also externalising through military assertion, particularly against Taiwan and India.

Without a doubt, the period 1839-1949 is a ‘Century of Humiliation’ of the Chinese people. However, the real humiliation started from 1921 when the CCP came to power and it is still going on. The CCP wants to avenge it but who will take revenge on the CCPs “Century of Humiliation” of the Chinese people? If ever, China needed a Gandhi, Mandela or a Martin Luther King, it is now.