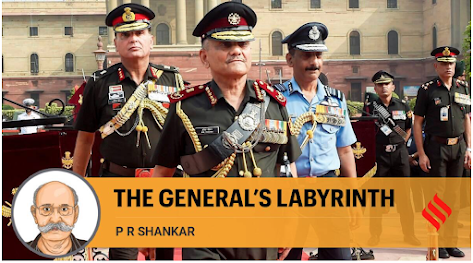 The appointment of Gen Anil Chauhan as the second CDS of India is welcome news. Though delayed, this appointment has the potential to brings sanity back into a system which has gone off rails. The officer assumes his appointment on the back of a solid professional reputation. There are voices which mention that re-commissioning a retired officer is not the best thing to do. There are also views that the second CDS could have been from another Service. While there is some merit in such discussion the need is to look ahead. The second CDS has a few challenging, and complex tasks cut out ahead of him.

In my opinion, the first major task of major national concern is to modify the ill-conceived and poorly planned Agnipath scheme being executed with indecent haste. Interaction with those who are executing Agnipath from the lowest to the highest levels indicates that the flaws of this scheme are surfacing at a fast clip. The road ahead is potholed. The system is at constant risk of disappearance into one of the potholes. If the Agnipath is not modified, India will not need China to defeat it. Very simple. As part of NSCS from May 21, Gen Anil Chauhan was part of the flawed process which visualized Agnipath. In such a situation, he represents both, an opportunity, and a danger in the Agnipath roll out. It will be interesting to see what tack he takes hereafter. Converting Agnipath into a success will be his acid test.

Capability development is adrift as I have opined earlier. For reasons beyond comprehension, the MOD and the Government have lost focus. Those in the know of things feel that the acquisition and procurement pipelines are getting clogged. The propensity to resort to use the emergency route in acquisition is worrisome. Capability development is at national risk since the Russian and Ukrainian lifelines are paralyzed. The ‘import and rebrand’ trick of defence atmanirbharta has entered a phase of diminishing returns. Stasis is in the air, and we have a CDS who does not have much experience in defence acquisition. In fact, he has no track record whatsoever in this complex business. How he approaches and handles defence modernization will be interesting to watch.

The next priority is to bring jointness and theatrisation back to life. From Dec 21 onwards, each Service has been steadily propagating and ploughing its lonesome path. India’s rise cannot be on the back of disjointed armed forces. Ever since the untimely demise of Gen Bipin Rawat, the only vestige of jointness was symbolized in a long and moralistic speech by the Addl Secy DMA during the Agnipath opening ceremonies. That speech would have done politicians proud and made servicemen cringe. Leaving that aside, theatrisation and jointness is often a chicken and egg story. Which comes first? However, in this disjointed situation, theatrisation can wait for some time. Focus must be on enhancing jointness in my opinion. However, the optics of theatrisation make it a political mandate and expediency will rule. Our second CDS has difficult choices to make.

In the past year or so, I have often heard comparisons drawn between the times of Prime Minister Nehru and now. Many old timers feel that the hubris of those times bears resemblance to the present. To some extent, it is borne out by the fact that India’s rise and status in global affairs is largely being projected through the PM, the EAM and the NSA. They are doing an excellent job. I have no doubts about it. However, a rising power like India needs to back such moves with matching military credentials. The challenge for Gen Anil Chauhan is that he has to emerge from the shadows of his last appointment in the NSCS and create greater space for military diplomacy. While he must adhere to and follow government policies, his office should not be a echo chamber of the government.

Gen Anil Chauhan has been chosen over and above the Chiefs. Does it indicate that the government does not have confidence in the Chiefs of Services to appoint one of them as a CDS?  This issue will not be lost on the serving Chiefs. It has its own ramifications. More significantly, Gen Anil Chauhan has been in NSCS since May 21. Yet he has been appointed as a CDS after a 10-month delay and not as the obvious first choice. His appointment seems to be premised on political comfort. Hence the process adopted by the government raises its own issues.

Overall, our military has been wallowing in doldrums in recent times. It is hoped that the professional in Gen Anil Chauhan trumps all other peripheral issues and steers the Indian Armed Forces into fair winds. India wishes its second CDS all the best. 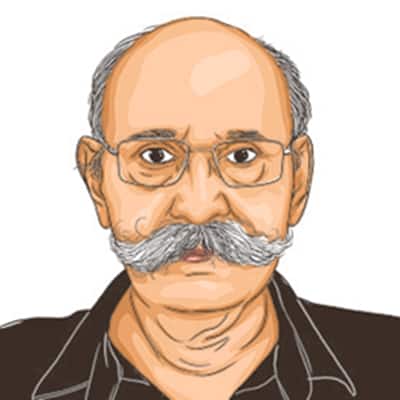 The writer is a retired director general of artillery