Unlike other Party Congress meetings, this is consequential to China internally and to the international environment externally. Understanding the direction in which this meet is likely to head holds the key to deal with China in the next decade. The 20th Party Congress of the CCP will be underway shortly. More importantly, everyone knows that the 20th Party Congress is being held, but few understand the issues involved. Unlike other Party Congress meetings, this is consequential to China internally and to the international environment externally. Understanding the direction in which this meet is likely to head holds the key to deal with China in the next decade. 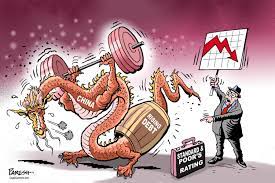 The backdrop of this meeting is bleak. The Chinese economy is in trouble. Zero-Covid, real estate crisis, youth unemployment and many more factors point to a GDP growth rate of only 2-3%. Chinese are saving more and spending less. More domestic companies are packing up than expanding as foreign investors are withdrawing. Supply chains built over decades are breaking. The business environment in China is deteriorating. There is huge uncertainty in the air. The overall outlook  is gloomy. This is compounded by the complex geopolitical environment due to the Ukraine war and international tensions over/with the USA, EU, India, Taiwan,  Xinjiang, Hong Kong and South China Sea. Over and above this an unprecedented drought this year when weighed against huge floods two years back point to a climate change disaster in the offing. Underpinning China’s problem is the stark fact that the demographic crisis is setting in ahead of time. While China might not collapse, the fact remains that it cannot grow the way it did so far. The broad analysis indicates that China will , at best, stagnate if it does not decline.

Very importantly, there is internal resistance to Xi Jinping. Song Ping, a centenarian and a reputed communist, openly called for ‘reform and opening-up’ quoting Xi Jinping’s own words when he had once said that ‘reform’ was the only path to the development and progress of contemporary China and the only path to the realization of the Chinese dream.Externally,  a Pew Research survey indicates that the international view of China and Xi Jinping has only worsened in the recent past. Of special note,  is the fall of perception regarding China,  in Japan, South Korea and Australia. The external environment is not conducive to being kind to China 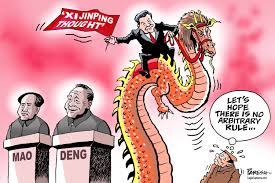 At the outset, the general understanding is that this meeting will re-anoint Xi Jinping as the uncrowned king of China. The real issue is beyond that. The prime factor is that  the ‘Xi Jinping thought’  will dominate thereafter. Xi has already stated that China has never been closer to completing “national rejuvenation” and “Chinese dream” than now.  Major achievements and valuable experience gained under Xi’s leadership towards this goal are being highlighted. However Xi has also stated that “major challenges remain and the last mile would be full of perils and challenges”. By 2049, when the PRC is 100 years old, it should be  “a strong, democratic, civilised, harmonious and modern socialist country” and should be the foremost global power as per Xi. When the world is dominated by a Sino Centric order, the “Chinese dream” of rejuvenation will be considered as achieved. 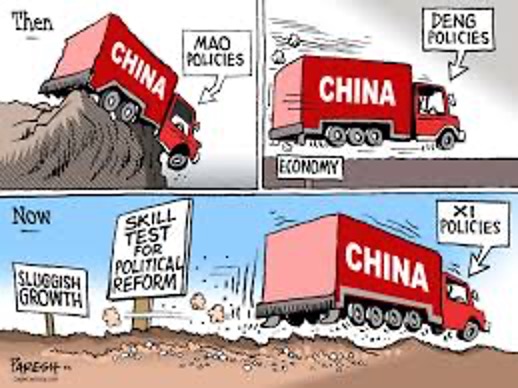 Other significant thoughts of Xi Jinping are to enforce communism with Chinese characteristics, exercise complete state control of institutions, use hard military power through the strongest Armed Forces on earth, make China a strong economic power, dominate great power relations in the Chinese bid to establish a Sino centric global order. Economic liberalisation, unbalanced material  culture and wide inequity are to be jettisoned. Xi Jinping’s watchwords like “anti-corruption campaign”, “common prosperity”, “victory over Covid”, “a new model of win – win cooperation” , “dual circulation”, “revenge on the century of humiliation” and so on will get a resounding thumbs up during the Congress. Xi Jinping will be enshrined as one of the most consequential and important leaders of modern China. Xi will be showcased to have surpassed Deng in building up China to fight with the evil world outside. In all this big talk, there is a constitutional amendment also on the cards to enable Xi’s rule for life.

The 20th Party Congress will also usher in a power transition and changes in leadership. The new power structure will be dominated by Xi Jinping’s acolytes who are being put in place. Any form of opposition or resistance will be purged. In fact, the purge has already commenced. As per Chinese media, the meet will also set long-term strategic goals to counter the “complex and arduous environment at home and abroad” and “will make an overall assessment and scientifically plan the mission objectives and policy directions for the next five years and beyond”. There will be an emphasis on “Common Prosperity”. It means an effort to narrow the wealth gap and cut cost-of-living pressures for the common people. It also means more access to improved public services like education, medical care and food. While the CCP emphasises  that it does not mean “killing the rich to help the poor”, it also includes restrictive regulations aimed at private firms, tycoons and celebrities. Large state enterprises will dominate and private firms will be capped. China will resort to debt fuelled large infrastructure projects for economic revival. More high speed rails and mega inter basin water transfer schemes are in the offing. There is a view to attain economic strength through self-sufficiency. China will be steeled to weather the isolation it is going through now. The 20th Party meet will in all probability signify that the old economic rules are being over and new ones will be put in place. What we will see is a Soviet style set up coming into effect. The more things change, the more they remain the same. 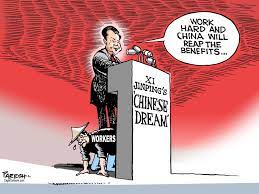 An interesting aspect which is being touted is that the CCP is the standard-bearer of the global socialism movement now that the Soviet Union has long collapsed. However, there is also a realization that China needs to self-correct to avoid the fate of the Soviet Union. The view is also that 130 socialist or communist parties are active in 100 countries. The CCP also feels that many developing countries look at China with envy and want to learn about its successful governance model. XI and his cohorts also do not want to “walk back to the old path of isolation and dogmatism”. That means the Party must control China at all costs. The party must also control the gun. Hence, the PLA and the vast internal security apparatus of China will be kept under Xi’s thumb for him and his party to prosper and continue in power. The gun will be pointed externally to keep the external environment beholden to China. All this will be reinforced in this Party Congress.

It is also emerging that China envisions a “new world view” and offers “real-multilateralism” under UN Charter(sic). Essentially China will put forth an alternative to a US-led world order. The hardliner view is that countries deemed as “enemies” will be dealt with a strong hand. “Neutral“ or “friendly” states will be courted and rewarded by China. Friendships will be developed and strengthened with countries which align with China’s stance on the USA, India, Taiwan, Hong Kong, Xinjiang and the South China Sea. Outside powers will be warned against interfering in “China’s internal affairs under the pretext of human rights issues”. Chinese diplomats will be given licence to display the “struggling spirit” and “wolf warriorism” and to be assertive even if it means souring  international image and ties. The path to change the “rules-based international order” to a “Sino centric order”is likely to be laid out. The path is being built on an edifice consisting of the BRI which financially controls the global south , the SCO which China considers as a prime alternative even to the UN in some respects and the BRICs in which it considers itself as a leader. This Congress will also like to revive the Asia-Pacific terminology and try to break the Indo-Pacific construct. 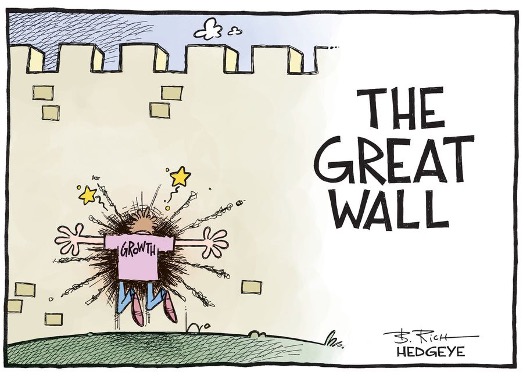 When seen holistically, from the outside, The 20th Party Congress is sticking to an old track in which China was the rising star. It is at odds with the reality which China faces today. This contradiction can only be explained by the fact that Xi Jinping will play to the gallery to be anointed as China’s ruler of life. The 20th Party Congress will see the theme of “China Dream” being sold to the nation along with the line that it is only the CCP with Xi Jinping at the helm which can take China to its goals despite the perils it faces. In essence, the 20th Party Congress will be all about power consolidation and elimination of competition. It will also be about defining who the adversaries of China are. It is doubtful if China’s vulnerabilities and shortcomings are addressed. The real deal will come after the event when Xi consolidates his power. The path beyond the 20th Party Congress will be what King XI decides and we will have to wait for what he reveals.

PS:- The cartoons tell you more about the Chinese Dream!