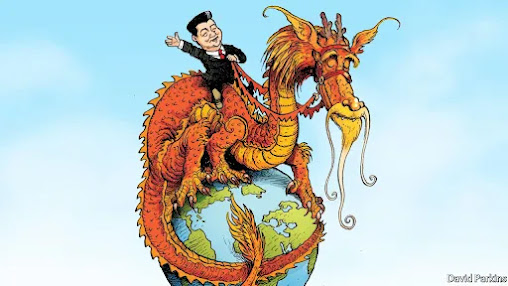 When the Ukrainian war broke out, the conventional wisdom said that there is only one country that stands to emerge victorious : China. Two months into the war and with the resurgence of the Wuhan Virus, that is very uncertain. The Virus and Ukraine seem to be having their last laugh on our aspiring superpower China. To put things in perspective, Encyclopaedia Britannica defines a superpower as a state that possesses military or economic might, or both, and general influence vastly superior to that of other states. It cannot be ignored on the world stage and without whose cooperation no world problem can be solved. When examined against these metrics, is China a superpower?  Though it is an economic powerhouse, it has shown wobbles. However its untested military capabilities and marginal influence in recent global affairs induce doubts. 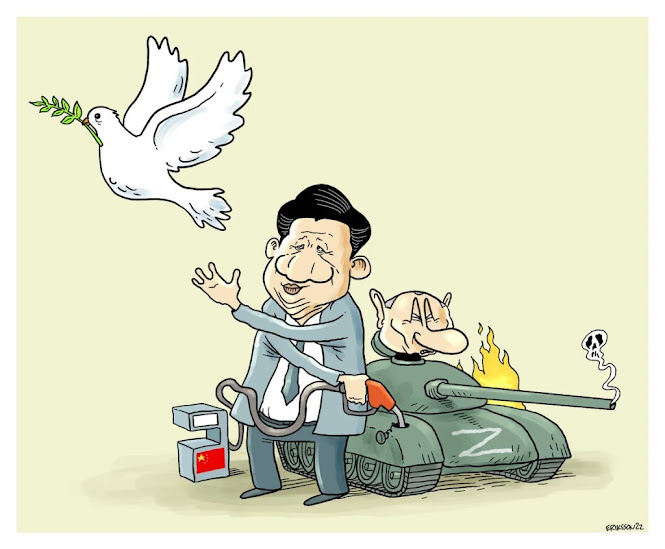 Three developments indicate waning Chinese global influence. At the outset, it has not been able to temper either the Russian invasion or the Western response. China’s inability to influence the course of events in Ukraine is stark. It has been left to stand on the side-lines with debate and decisions being taken in every other place but China. The Trans-Atlantic western consolidation views China as siding with Russia. This has triggered a ‘bounced’ isolation off Russia. This is evident from the recent frosty EU-China summit which was termed as the  ‘a dialogue of the deaf’ where China wanted to talk about ‘positive’ things like ‘trade’ while Europe was ‘at war’. The talks were also ‘Open’ as per Ursula Von Der Leyen meaning that opposing views were very clearly exchanged. China’s influence and long-time efforts to wean EU away from USA have gone southwards. The developed world does not want to see its technology end up in a Russian drone or ammunition. There is feeling in Europe that China, far from being a partner, may be a future threat. That is a power shift.

The second development has happened in South Asia. Chinese influence in Sri Lanka, Pakistan, Maldives and Nepal has taken a down turn.  People power in these countries is against China.  That became most evident on the streets in Sri Lanka where the tottering Rajapaksa government is being seen as ‘sold out’ to China. In Pakistan, the dramatic suicide bombing which killed three Chinese has set off an exodus of Chinese. It raises huge question marks on its flagship CPEC and BRI. More importantly it exposes limits of the Chinese capability to influence events in areas it considers critical for global power projection. This could spread to other third world countries where the BRI has entered. 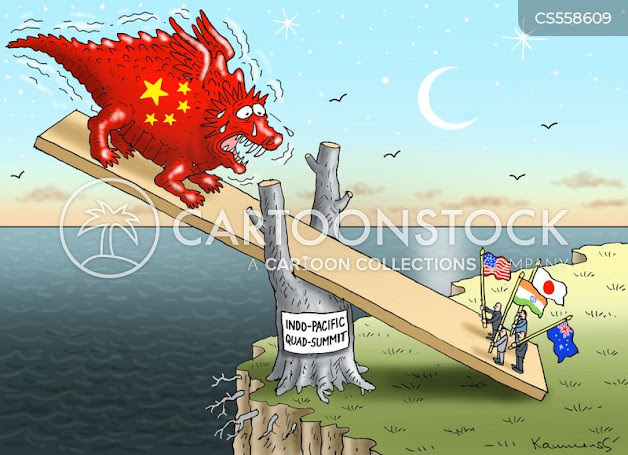 Nearer  home, the Ukraine crisis has set off a China oriented ‘nuclearization’ debate in South Korea and Japan. If this gains ground and takes shape, the western and eastern parts of China will both be on nuclear ‘tenterhooks’. It also represents a Chinese failure to persuade or influence both countries from desisting to go nuclear. Other countries in the region like Philippines are acquiring military capabilities to resist Chinese influence. Worst still,  the Ukraine war has not de-focussed USA, India, Japan and Australia from steaming ahead with the QUAD.  South Korea evincing interest in joining the QUAD is the latest example of Chinese negative influence in the region. Taiwan as usual continues to cock a snook at China. If China is to be a superpower, it needs to have credible military capability. Despite China’s outsized military expenditure , PLA’s  capability, including its men and material, is untested. The failure of similarly structured Russian Forces to overcome Ukrainian Forces raises questions on PLA ability to annex Taiwan militarily. An amphibious  invasion of Taiwan is far more complex and even less predictable than the invasion of Ukraine. China’s capability to mount a cross strait operation successfully against a better prepared Taiwan, assisted by USA, Japan and others is even more risk prone.  Chinese ability to overcome Western media and information operations, as unleashed in the ongoing Ukrainian war is bleak. The narrative will be firmly against a lonely China. Well, one has to be lonely if your only allies are Pakistan and North Korea. A significant point to note is that ever since the Ukrainian war has commenced, Chinese air space violations over Taiwan have drastically reduced. The belligerent posturing of an impending invasion of Taiwan which was on display till January has receded to be replaced by self-doubts. Suddenly China seems to have realised that the political costs of failure in this adventure are too high. Overall, annexation of Taiwan is an agenda in recession. This has major implications. China will be forced to continue to defend its coastline and be unable to deploy its Navy in blue waters beyond Taiwan.  China will have to keep on protesting FONOPS by USA in close proximity  of its shores and always face a maritime threat. This has to be seen in conjunction with the felt threat of India’s military presence along the LAC. Overall PLA has to ward off the continental and maritime threats as also keep the communists in power. Most importantly, comprehensive national power which China flaunts has no value on the battle field as seen in the Ukrainian war.  Militaries have to fight to win. Overall, China is being forced to focus inward. Its security remains dependant on the doubtful quality of its military. All these prohibit it from entertaining superpower dreams beyond a point. 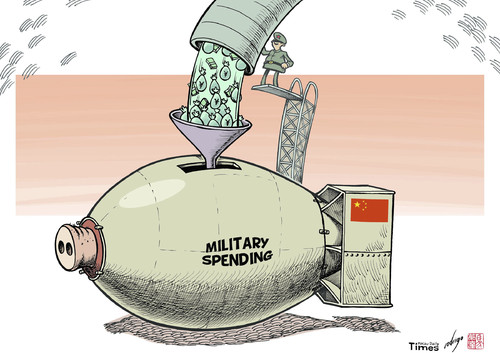 The virus has hit back with a vengeance just as China seemed to take advantage of the Ukrainian crisis and the opportunities that were opening up. One month into the war, Shanghai got locked down and remains so till date. Beijing seems to be  following in Shanghai’s footsteps. Beside these, other major cities, though unpublicised, are also under wide spread lock downs. The economy is getting hit as never before. It will do well to remember that even in December 21, there were tremors in the Chinese economy. Its big tech had been wrapped up and real estate firms were in stormy waters.  Paul Krugman’s article in New Yok Times, Is China in Big Trouble, The Wall Street Journal’s article,  The Slow Meltdown of the Chinese Economy, Ruchir Sharma’s article China is faltering, but The World is not Feeling the Effects,  and South China Morning Post article China’s Growth Model is Losing Steam and many more indicated that the Chinese economy was at risk of a slow melt driven by low consumption, high savings, declining population, weak social security net and an over reliance on real estate. Not much has changed since then. If anything,  things have got worse with the virus paralysing almost everything in China. The mass testing, lock down and tracing routine of the Zero Covid policy stands frayed at the seams and in the centre. It seems to have shaken up the entire Chinese firmament – dual circulation is failing, real estate is limping, common prosperity remains elusive, household debt is increasing, and cash handouts are being contemplated. The virus is also shortening the fuse of the demographic bomb which will burst in China. As people are aging rapidly, birth rates are falling off the cliff. China is firmly on the track to grow old before it gets rich, if at all. No wonder Xi talks of stabilisation, return to big tech, private capital et al. 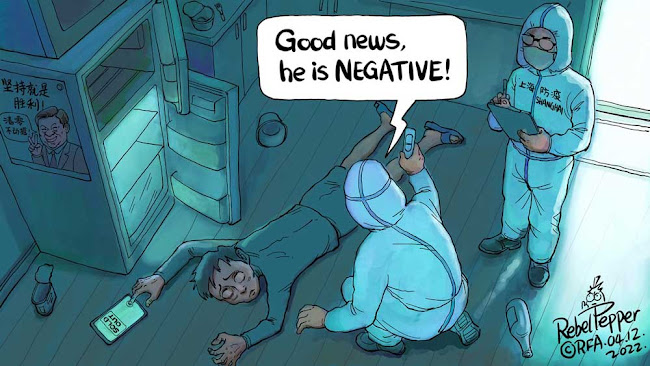 The draconian lockdown measures in Shanghai and the on-going chaos seems to have spooked people who are speaking of cultural revolution, social upheaval, lack of freedoms etc. While that is concerning, when people start hoarding food in Beijing as if there is no tomorrow, it reflects a lack of confidence in the system. Videos of markets with bare shelves tell a story. One has not seen it in India even at the worst of times. It makes Xi’s declaration of Victory over the virus look hollow. It also gives rise to visions of hunger which Chinese are psychologically scared of.  This is predicated on two factors. The first is the great ‘Mao Made’ famine of the ‘Great Leap Backwards’ in which 40 million perished and some reports of cannibalism also surfaced.  The second is that China does not produce adequate food of its own. Food production has been constantly decreasing. Its current output vis a vis  demand is 58.8 % which is down from 65.8% a decade ago. The bottom line is that China is food insecure. One can read articles on food security and lack of technology to produce seeds appearing regularly in Chinese media. Even Xi Jinping unfailingly and regularly exhorts their scientists to make China technologically self-sufficient in food grain seeds. This problem is psychological and endemic. Have you ever heard of a superpower anxious for its next meal? 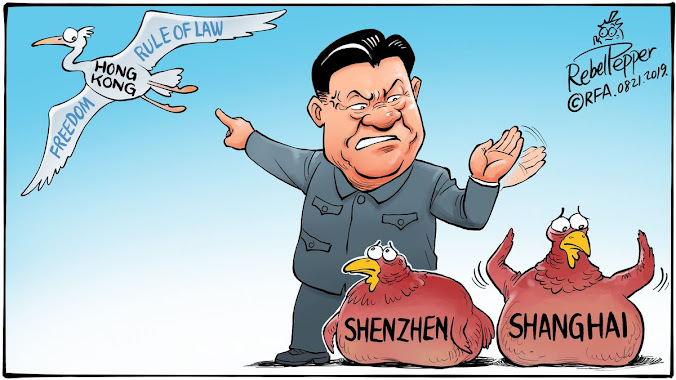 Over the past two years there is a definite move by companies to develop alternative supply chains. Two years since the onset of the Virus, the decoupling efforts are under acceleration. Even if 25% decoupling happens by 2025, Chinese economic growth flattens considerably. An important aspect which undermines China’s growth is its inability to become  independent in chips . Dependence on chips from Taiwan and South Korea whose fundamental base technology resides in USA and Europe makes China dependant on its competitors/adversaries. To all this add China’s energy, and resource deficiency. Overall a strategic vulnerability is emerging. It has implications. China might not collapse. China will remain a big economy. China will never be a super power. 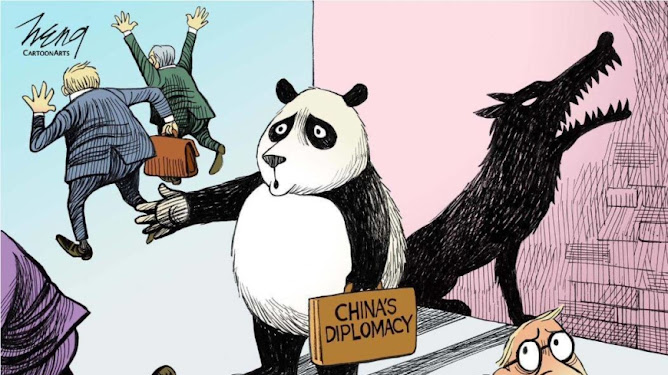 A residents tale “No one expected Shanghai to suffer the kind of disaster that happened in other cities over the last two years because it’s Shanghai. Now everything that is happening in this city is beyond my comprehension. And my faith in the country has completely evaporated. I now realize that this country might at any time revert to the state it was in 50 years ago.” This resident is part of a growing number of Chinese eyeing a move abroad as Beijing’s draconian measures aggravate fears about what might happen next, and spur comparisons to the chaotic social upheaval of the Cultural Revolution half a century ago….Superpower still? 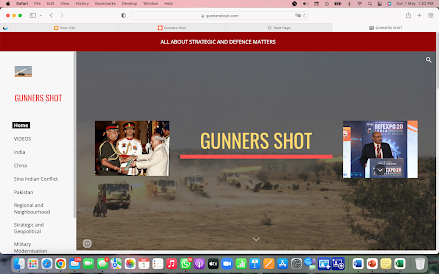