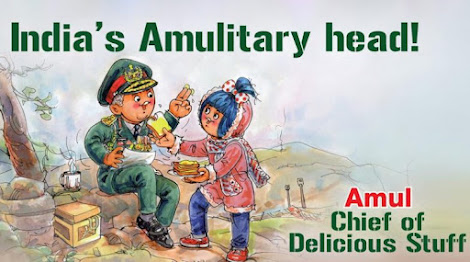 In Dec 21, soon after Gen Bipin Rawat’s untimely demise, I was asked by the editor of Speculator Times to write about his successor. He said that inside information suggested that an announcement of the new CDS would be made shortly. He wanted to be the first on the button to maintain his pole position on Timely Rumor Points table. I demurred. I was too conventional. I told him to let the government make an announcement first. Well, be that as it may, on 19 Feb 22 I wrote the article Where is India’s second CDS? .  I was told that by the Gossip, Soothsayer and Forecasting Association of India that the CDS will be appointed soon after 10 Mar once the UP-election results would be announced. The elections have come and gone. Chief Ministers have been sworn in. Cabinets have been expanded. In between, Russia invaded Ukraine. That did not stop electioneering, nor did it stop sweets being distributed by the electoral victors. However, the war has continued unabated, refugees swelled to make a complicated world even more complex . Time has passed and we March(ed) in to April. The Russians and Ukrainians are near a peace deal. However, No CDS. This Who-not-Dunnit mystery is curious to say the least. Oh, by the way do we need a CDS? That is the first step to understand the curious case of the missing CDS.

The Ukrainian War has shown that conventional war has reinvented itself.  While the Twitterati and WhatsApp analysts have come with military theories about Russian defeat or victory, what is clear is that wars are going to be violent with airpower, conventional and cruise missiles being used liberally. Information, intelligence, and surveillance operations are going to be fused onto one compact. Together they will dominate our senses and responses in battle.  For the first time one has seen seamless employment of nuclear and conventional power in a destructive and deterrent role simultaneously and interchangeably. Wow. Never in my life have I seen such an approach.  This a different kind of warfare. We need to start thinking of jointness and theatrisation in a new paradigm. This dimension also necessitates and encompasses a politico military set up which will carry out operational tasks in a hands-on manner. The international nuclear environment is also changing significantly with more in the offing. The CDS is the critical link in this evolving paradigm. Without this gentleman we will not be able to stitch an effective operational response to Ukraine like situations.  But where is he? Forget the CDS, it appears vanishing cream has been applied to even basic minimum thoughts on Jointness and Theatrisation. All steam has been taken out of the public discourse on these topics. If this steam-less situation had existed a couple of centuries back, James Watt would not have discovered the Steam Engine!

The fact that the geopolitical landscape has changed for good is evident by the number of emissaries from like and unlike minded countries making a beeline to India. Everyone is hoping that India will either stay within or swing to their camp. In any outcome, India will have to be centrist without getting into one camp or the other fully. In all eventualities it cannot be in any camp in which China and Pakistan remain Iron Brothers. If that is to happen, we need a strong military which is Atmanirbhar. Despite all the hula-bula by current chest beating boasters in our defense firmament, a lot of credit for the push towards Atmanirbharta was due to first CDS of India. Without the second CDS around, I can foresee a situation when there will be a lot of Atmanirbharta rhetoric with very little to show on ground.  We are entering into a dangerous phase where even James Watt’s steam engine will look like a god’s gift for a push ahead when the requirement is for a Bullet Train to propel us ahead. I am saying this with a lot of responsibility after interacting with people who matter. The void will show up sooner than later. That is dangerous.

Leave all this aside. The major lesson which I have leaned in the past month is that any nation which neglects its armed forces runs the danger of being Ukrained. Some might argue that India is not Ukraine and we have not neglected our Armed Forces. But we want to be a power of reckoning at the high table. To elucidate, I have been long of the opinion that the Indian Armed Forces are modern and strong enough to defend India in the complex strategic environment which confronts it. That was evident in Doklam and in Eastern Ladakh where China baulked at conflict escalation due to Indian ability to react and stand up to the situation. However the question is – are the Indian Armed Forces modern enough for a growing international  power which is destined to be the third largest economy? The answer is no, not yet. At present, India’s force structure is designed to combat the threat it faces. As India grows to be a regional power, it must gravitate to be a capability based force, in part at least,  to combat threats in the region. A critical element in this cog is our missing CDS. If India is to become the power it seeks to be, it needs a CDS. That is what the doyen of Indian strategic thinking  and our present EAM’s father had postulated in the Kargil Committee Report.

If all this be so, why is the CDS still missing? After all it was this government which instituted the post with justifiable pride. Has the government had second thoughts about having a CDS? Does the government feel that there is no requirement of the CDS at all? Has the government felt that it is better not to have a CDS in view of the inter Services fault lines that the previous CDS exposed and was trying to cement? Do they feel that these fault lines widened due to the CDS? Is it the bureaucracy which has blocked the appointment? Is it that the government has not found the right man for the job? That could not be so. If so many  ministries could be formed in so many states after so much jugglery then to choose a CDS from a handful should not be a problem. Does the government feel that amongst the current lot there is no one who is pliable enough politically? Then they are underestimating our Armed Forces who know how to be apolitical and politically sensitive at the same time. Overall it appears that the government is practising Non-Information operations. In any case, the whole issue is so curious that our noisy and nosy media have kept completely silent!

All the issues I raised in my last article when asking the question Where is India’s second CDS?  are still relevant. I have only amplified them in the current situation. I can only reiterate what I had concluded the last time out ‘ The delay in appointing the second CDS of India was initially ok. It has now reached a stage where this stretched deliberation has not only broken the momentum but is about to become retrograde in nature. The concept of a CDS and Jointness has started fading from public discourse. That is not good for the nation.  Further, as the delay in decision making stretches, India’s image starts taking a hit. Afterall how can a rising nation not have suitable and matching structures? How can the expanding military footprint of a regional power not have its Armed Forces functioning optimally on a joint basis?  This government takes pride in reforms and decision making. It needs to rethink the whole issue quickly and give an answer to the nation – Where is India’s second CDS?’

Lastly, even the Rumour Mongering Association of India has given up on this subject just as NATO gave up on Ukraine. Even AMUL has not asked this question as I hoped it would! However, hope lies eternal and that is why this article.  I do hope the government surprises us soon with an announcement of the Second CDS of India. If nothing happens, please consider this as an April Fools’ joke. Unfortunately, the joke will not be on the Armed Forces but on India.