A Peek Into Everyday China : The Demographic Bomb 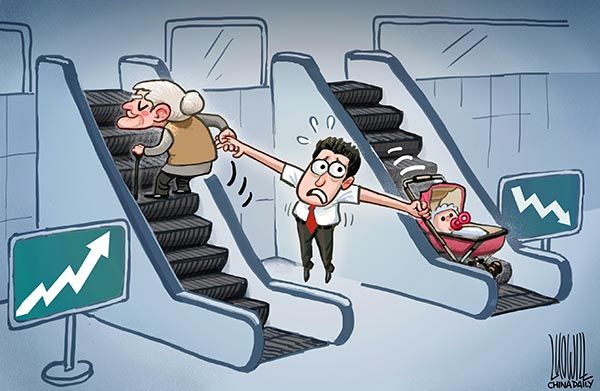 There is a need to take a break from Ukraine. The popular perception is that China will benefit the most from the Ukraine war. I doubt. A slowing economy, targeted decoupling, fast changing demographics, resource and energy deficiency, internal politics, and the resurgence of the Wuhan Virus in China are weighing it down irrespective of the outcomes of the Ukraine War. These issues appear in their internal news quite regularly. In fact, in my opinion, China has peaked out and its decline has commenced. Why do I say this? The strength or weakness of a nation lies in its population. China’s population is its weakest link. Many might laugh at me. However one has to see it from a Chinese point of view to understand this issue.

When the world is grappling with the Ukraine War and its widespread impact, there is a different battle going on in China. The demons of its demographic bomb are out in the public. Falling birth rates, lower marriages, higher divorces, gender imbalance, ageing and related issues figure in almost all news channels in China on a regular basis. In just  the period since the Ukraine war commenced, articles related to China’s demography have appeared regularly in the South China Morning Post. Headlines and excerpts of a few articles from it in the period Feb-Mar overlapping the Ukraine crisis are reproduced below. They make interesting reading.

Excerpt : China’s marriage rate plunged last year to just 7.63 million – the fewest since records began 36 years ago… The number of Chinese people in their first marriages fell nearly 50 per cent to 12.28 million in 2020 from a peak of 23.85 million in 2013 it could lead to even lower birth rates in the coming years… China is facing renewed calls to lower its legal marriageable ages – the oldest in the world – after its number of marriages plunged to a new low last year….a trend of delayed marriages is expected to continue while China becomes more urbanised and its young people shy away from the high costs of raising a family. 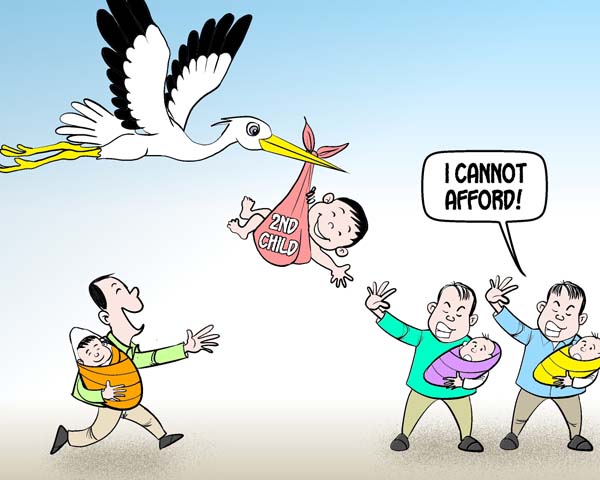 Headline: China’s Population Up Less Than Half A Million In 2021, Births Plunge Again As Crisis Deepens

Headline: Marriage On The Rocks In China As Women Rethink Their Options And Covid-19 Limits Take Toll

Excerpt: In 2021, the lowest number of couples tied the knot since records began in 1986 …extending a near decade-long decline and casting a shadow over Beijing’s efforts to raise the fertility rate…A range of factors at play, from coronavirus restrictions to the legacy of the one-child policy….7.63 million marriages were registered in 2021, the lowest total since 1986 when records began. That compared with more than 8.13 million in 2020 and a peak of 13.46 million marriages in 2013.

Excerpt: The 14th five-year plan on elderly care has highlighted a dire need to improve services for China’s fast ageing population…Authorities have promised to build more facilities to care for people at the end of their lives and those suffering from chronic illness

Excerpt: Cai Fang, a member of the People’s Bank of China’s monetary policy committee, said it is ‘entirely possible’ that the world’s largest population will peak in 2022… seven out of the 16 provinces that have so far disclosed birth data saw negative population growth in 2021

Excerpt: China’s overall population only increased by less than half a million last year to 1.4126 billion, according to official government data…A widely shared social media claimed India’s population had hit 1.415 billion earlier this month, although the figure was widely criticised as it lacked official authority…A social media post in early March claiming that India had become the world’s most populous country created a storm in China….The post claimed India’s population had hit 1.415 billion and was widely shared on social media, adding to rocky relations between Beijing and New Delhi and concerns over domestic growth hurdles in China, while also fuelling discussions about a host of social issues….Demographic issues have been a hot topic in China since last year, when the once-a-decade census found the national fertility rate was alarmingly low.

Headline: ‘Two Sessions’ 2022: From AI To Tax Cuts, Beijing Grasps For Solutions To Its Population Crisis

Headline:  Call For China To Support Single Women Over 30 To Give Birth To One Child As Country’s Population Ages

Excerpt: Single women face serious discrimination in China when giving birth and do not receive any of the benefits given to married parents…China’s birth rate dropped by 14.9 per cent in 2020, with demographers predicting negative population growth soon..A delegate at China’s top political advisory body has suggested allowing single women over 30 to give birth to one child, as the country’s birth rate declines…Hua Yawei, a member of the Chinese People’s Political Consultative Conference (CPPCC), the country’s leadership to be more tolerant towards unmarried mothers and to give equal treatment to the children born to single women, the People’s Daily reports…At present, single women on the mainland are “theoretically” not eligible to have babies as they cannot obtain a “birth permission certificate” issued by the government based on a marriage certificate.

Headline:  Decisions Need To Be Made On The Complex Issue Of Retirement

Excerpt:  A fast-ageing population with evermore retirees and a shrinking workforce is a serious problem in mainland China with a state think tank estimating that funds in the urban pension scheme may be depleted by 2035..Social well-being and stability are at risk if far-.reaching measures are not soon put in place…Retirement is a complex issue in mainland China, given the size of its population, fast-changing demographics, gap in development between urban and rural areas and differing pension contribution rates from place to place…Life expectancy is rising, birth rates falling and the stress on the mandatory welfare fund mounting. There is consequently uncertainty for many Chinese about what to expect when they stop working….Authorities are well aware of the challenges and have plans for a way forward, but it will take time to formulate and put in place the far-reaching measures.

There are more articles but I have included a few only. If one goes back in time by a few more months, the number of articles and the various facets of this problem which they portray is astounding.  All these articles indicate that the Chinese are attempting many solutions to their hydra-headed demographic problem with very little success. In fact,  there is also a general awareness that there are no solutions to the population decline and ageing in China. While  the issues are complex , what makes them more complex is the rate of population decline and  the rate of ageing, which are both unprecedented. That is beyond communist control. Little did the communists imagine that when they implemented the one child policy in 1979, that it will bite them back in half a century! The seeds of Chinese decline were sown long back. It is just playing itself out.

In our normal discourse many of us think that China will rule the world and is attempting to impose a Chinese global order on us. While it may be so apparently, the Chinese recognise that the major threat to being a superpower is demographic, internal and irreversible. They fully apprehend that their demographic bomb will screw up their economy and create social instability. The fixes for the problem as they have appeared in these articles indicate that the Chinese are in panic.  Any government thinking of reducing legal marriageable age or  getting unmarried women over thirty to produce children or forcing people into marriage must surely be in panic. Reminds me of the ‘Nasbandi’ drives during the Emergency.

Their panic is even more evident when they start comparing the quality of their population with Indian. Very clearly the Chinese do not have an extra horn in their head or below to make them superior. If they had , they would not have been in the soup they are. It is also clear that they are worried about India overtaking them not only in population figures but also in terms of the alternate scale which India provides to the world. Again that is irreversible. If I have to express an opinion…from here on, we will see the slow and steady decline of China as against the rise of India. This is an overall assessment and not based on one factor alone. Take any  factor into account. The base of demographic decline is constant. One has to see the relative rise of India vs the Chinese decline from a wider socio political angle,. Then issues will be clearer. I also feel that a large part of Centrality of India as I have expressed in my writings stem from demographic factors which others, including the Chinese are seeing and we are not paying attention to. I leave it at that here.

Lastly, it is funny to read that Chinese want to use Artificial Intelligence to solve their sharply declining birth rates and related problems. they might be better off trying Artificial Insemination instead!

3 responses to “A Peek Into Everyday China : The Demographic Bomb”