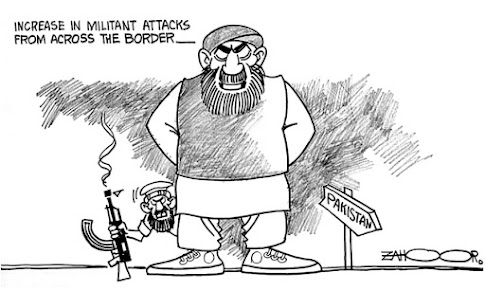 What is in the cards for Pakistan in 2022? One thing for sure, Pakistan will not ride a tiger this year like it did when the Americans were bundled out and the Taliban were installed in power in Afghanistan. On the other hand , the tiger has entered Pakistan to ride it. It has already come out in the form of  increased violence and unrest along the Afghanistan border. The TTP has upped its activities and the equation with the Taliban at the border is frayed. Besides that the Tiger is on the prowl in its economy , society and politics. So let us see how the Pakistanis themselves describe the tiger in its various avatars.

Excerpts : Prices of consumer goods continued to rise in December as inflation edged up to 12.3 per cent from 11.5pc, the largest increase recorded in nearly two years…Inflation has increased to its highest level in 21 months — driven by a record rise in global oil prices, undermining earlier gains…The year-on-year increase in inflation in recent months is mainly driven by soaring prices of fuel, electricity, house rent, transport and non-perishable food items…A massive depreciation of the rupee has also fuelled import-led inflation, while the withdrawal of sales tax exemptions on imported food items is also expected to accelerate the rate of inflation in the coming months…At the same time, prices of meat, fruits and vegetables have also registered a persistent increase in major urban and rural centres.

Comment : This is one tiger which will not vanish. It will grow bigger and meaner by the day. It will keep devouring the entrails of Pakistan bit by bit. The economy will not revive in this resource starved nation which has a steadily growing and unemployable population. The real killer is that most nations will allow Pakistan to stew in its own juices since they have had enough of it.  Even those nations which used to bail out Pakistan are not too eager to do so anymore. The economic abyss will only get deeper. 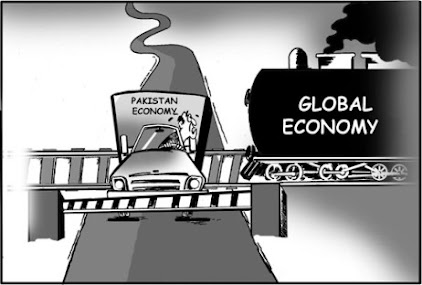 Excerpts : Was 2021 an extraordinary year marked by watershed moments and landmark developments or just an exceedingly ordinary 12 months with an abundant supply of more of the same in a seemingly endless cycle?…

Let’s also remember how the year started elsewhere. In February, a young woman bridged the India-Pakistan divide tweeting her ‘pawri ho rahee hai’ (we are partying, as the BBC told us, in a faux American accent) video clip that became the mother of a hundred memes in India too.

At the start of the year, the ‘pawri’ tweet was uplifting beyond words; towards the end of the year another image killed off hope (almost?) altogether. It was of a young man taking a selfie against the backdrop of the burning corpse of the Sri Lankan manager who’d been lynched in a Sialkot factory by a mob shouting ‘labbaik, labbaik’ because, allegedly, a staff member he tried to discipline accused him of blasphemy.

It was this moment, and not the deal with cop killers of the TLP aimed at ‘mainstreaming’ the ‘party’, that plunged me into despair. I am not naïve and know this has happened for the 100th time. But the temerity of the mob to film their own crime and not even try to mask their faces was chilling.

And our response to these inhumanities is to introduce more and more faith and narrow-educated clerics into our schools via the Single National Curriculum. I won’t say more as respected experts such as Dr Pervez Hoodbhoy and Dr Ayesha Razzaque have weighed in with detailed arguments why the SNC will destroy whatever little sanity remains in our education system.

Now we have NSP, the National Security Policy, which, its authors claim, is citizen-centric, while the citizen has no idea what it encapsulates. We are told we will learn in ‘due course’. For now, keep blind faith. All this while Pakistan’s sons and daughters fall like ninepins.

Comment : Long back I had written an article likening  religious extremism of the TLP to  bone marrow cancer afflicting Pakistan @ https://www.gunnersshot.com/2021/04/the-five-cancers-of-pakistan-everyone.html . I have not only been proven right but I am afraid that this cancer has become metastatic. The TLP and the Government are in now in competition with each other to inculcate a kind of faith in the masses which will take Pakistan back to the philistines. 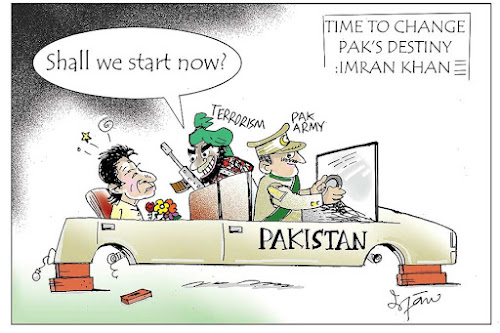 Excerpts : IT is the dawn of yet another new year and hope has risen with first light. Hope that warms like the sun. And burns like the sun. Burnt over seven decades, the citizens of Pakistan rub disillusionment from their eyes as they venture out this crisp morning to inhale the freshness of air and exhale the staleness of expectations. Beyond them stretch 365 days of possibilities. And of disappointments. Which will it be?

Ah, there’s our Catch-22 right there…“A problematic situation for which the only solution is denied by a circumstance inherent in the problem”.

There’s the government looking busy trying to survive the onslaught coming its way; there’s the opposition shaking its fist at the ruling party while shaking its hands with the ruling state; and there’s the state shuffling its feet and pivoting on them to find a new way out of the self-created morass. The new season of this gripping series promises fresh twists and turns in a plot that can entertain even on an empty stomach.

Herein lies our Catch-22 for ’22: how do you heal when the healer wields the sword that sliced through your flesh?

We bleed from bigotry and intolerance but those fanning it sit atop the citadels of power.

We bleed from political loathing and detestation but those inciting it lord over the system that breeds power.

We bleed from ill-governance, ill-education and ill-intent but those fomenting it control the levers of power.

Comment : Pakistan is a nation which personifies Catch 22 … A problematic nation  for which any solution is denied by the problems inherent in the nation…the problems incidentally have been developed and fostered by the nation itself! See the cartoon below.

Headline : The challenges ahead

Excerpts : It has been a year one would like to forget; a year when nothing has gone right. A rudderless government found it hard to navigate the choppy waters.

The pivot on which the government has hinged has already weakened. It’s not just about the PTI government’s fate but also the other challenges that lie ahead for the country.

Its woes have increased with reports of a widening gap in its relations with the security establishment. What is described as hybrid rule has already been shaken by worsening governance and the conflict between the civil and military leadership on domestic and foreign policy issues. The relationship between the two may not have reached breaking point yet but the strains are evident. The row over the appointment of the ISI chief has soured relations.

Continuing political instability and the economic crisis remain the most serious problems for the country that is facing a myriad of internal and external security challenges.

Foreign policy has never been the forte of the Imran Khan government. Populist rhetoric is seen as a substitute for serious diplomacy. The prime minister’s reluctance to visit some of the most important capitals apparently for personal reasons has hugely affected our diplomatic outreach. The tectonic changes in geopolitics with the exit of the American forces from Afghanistan and the return of Taliban rule in the war-battered country have presented the Pakistani government with its most serious foreign policy and security challenges in the coming year.

The looming economic collapse in Afghanistan and the subsequent worsening of the humanitarian crisis there will have a direct a bearing on Pakistan. Most worrying are the security implications for us. TTP sanctuaries across the border in Afghanistan remain a serious security threat to Pakistan.

At the fag end of the year, the civil and military leadership have approved a National Security Policy that, according to the government, will cover all aspects of internal and external security including the situation in Afghanistan. The policy document that is yet to be made public is said to have outlined “the challenges and opportunities facing Pakistan in the coming years”. The policy as claimed by the government “endeavours to put economic security at the core of policy priorities”.

Moreover, as mentioned, it is violent religious extremism that poses the biggest threat to internal security. But the government’s own policy of appeasement has encouraged the spread of extremism.

Comment : The Pakistan story is very difficult to guess at one level and very easy to predict at another. One thing is spot on… it is a rudderless nation which does not know where it wants to go and goes where it does not want to be. It just reinforces the Catch 22ness of the country. 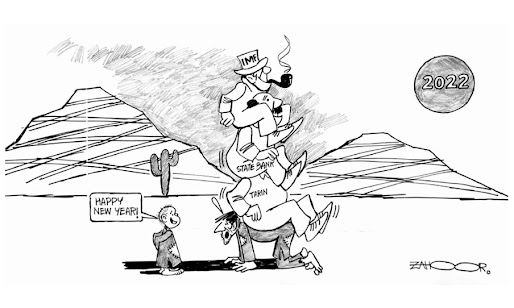 The collective despondency of opinion makers in Pakistan indicates that the current hybrid system will be replaced by another hybrid system. Political instability, economic crises, violent religious extremism and perpetual indebtedness will continue to dog Pakistan. It will lurch from one crisis to another with a begging bowl in one hand and a nuclear gun in another. The  toxic unpredictability of the venal Deep State will endure. Pakistani Army will continue to bask in its dreams of being great fighters at strategic cross roads of a bygone geopolitical era. With people losing interest in Afghanistan, the centrality of Pakistan to manipulate the destinies of  people and bring misery into their households is fading slowly. Moreover, widespread Pakistani perfidy is now established for it to fool anyone anymore.  Another issue which will prop up during the course of this year is that Pakistan will return to its roots of the narco-economy on which it survived in the 90s.

Pakistan has made its choices and tied its destiny to China .The equation for India is therefore very clear. We must prepare for a revisionist China and a toxic Pakistan to collude intimately to the detriment of all Indian interests.  We must prepare for obstacles in every domain – diplomatic, economic or military on a daily basis. As India progresses in 2022, it will be their collective endeavour to bring it down. We must also be prepared to contend with enhanced effort by Pakistan to destabilise Kashmir. It will be their release valve from their internal woes.

A point about Pakistan’s newly released National Security Policy. Is it not yet  made public. Significantly, it is authored by the Army and rubber stamped by the government. In my view, this is just another instrument which catalyses the hybridity of governance in Pakistan to a higher level.

As Pakistan lurches from one crisis to the other there will be people who will predict that Pakistan will disintegrate. Nothing like that will happen. The Pakistan Army will not allow that to happen under any circumstance. Afterall , if that happens , their extensive business interests and their nest eggs in attractive locations will vanish. Bajwa or Faiz  – do you think either will let it happen? 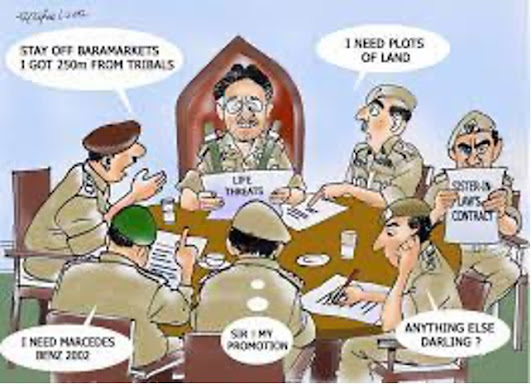 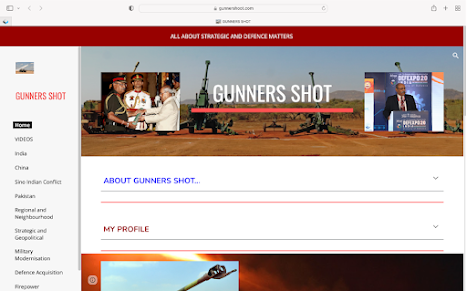