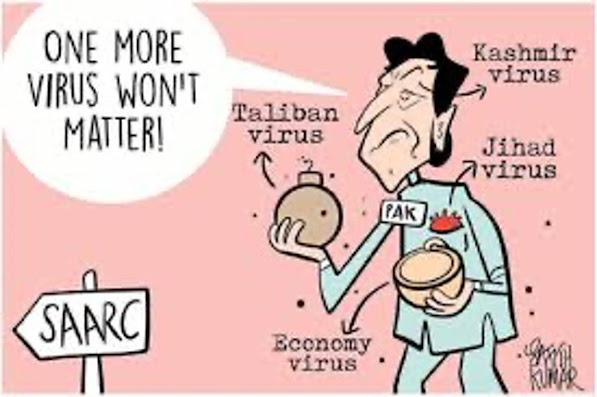 Till last month Pakistan was triumphant and flush with its victory over its ally. Happiness was to put drug smugglers in power in Afghanistan and sermonising  the world to recognise Taliban. It strode the world stage like a behemoth behind Chinese skirts and made pompous statements. That was not the Pakistan we always knew. That was a Pakistan high on Afghan poppy and flexing its non-existent muscles. The real Pakistan has re-emerged now and has reverted to type in the past few days. However there is a difference. The difference is that Pakistan is now stewing in own juices and everyone is letting it happen. Let us have a look at the Naya Contours of Purana Pakistan. 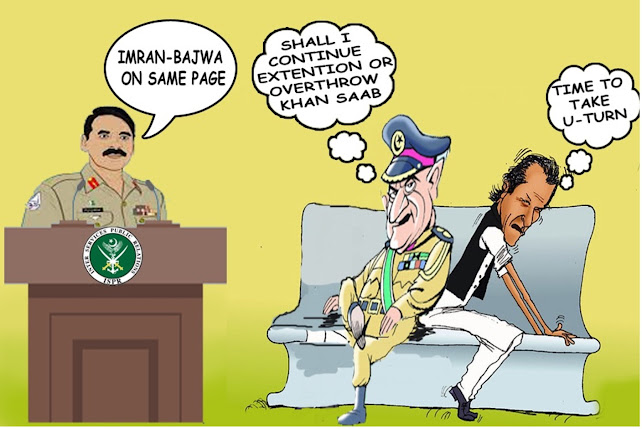 At the outset nothing has changed. Their ‘Establishment’ aka ‘Deep State’ still selects politicians, military-civil bureaucrats, judges of superior courts, business magnates, and media persons. Everyone has to fall in place. Or else…! ’Im The Dim’ nee ‘Taliban Khan’ nee ‘U Turn Khan’ tried to step out  by not agreeing to affix his rubber stamp on the appointment of the ISI chief whose posting was issued by the Army.  For nearly three weeks there was an alleged standoff between the military and the government over the appointment of Pakistan’s new spymaster. People wondered. Were we at last seeing the Naya Pakistan? Well, it took a couple of fireside chats between Bajwa and Immy Bhai to sort that out.  It was reported that the meeting was part of the ongoing consultation process between the Prime Minister and Chief of Army Staff about the timing of change of command in ISI and selection of the new DG ISI. To me it appeared as if the discussion was about the Naya PM of Naya Pakistan. Things seems to have settled after the riot act was read to Immyji. For now we will continue with the Puarana Pakistan, Puarana PM, Puarana COAS and Naya Spymaster. 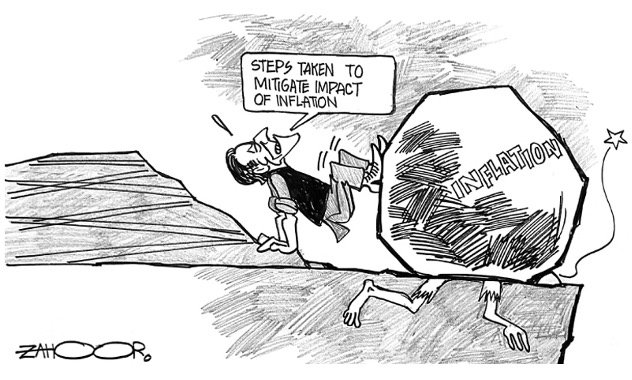 The economy is still at the bottom of the bottomless well. The  finance ministry has warned that the exchange rate, commodity supplies and seasonality could intensify the magnitude of prices and transportation costs in the country. The Naya  prices of food staples ( vegetable ghee, cooking oil, wheat, sugar and lentils) have spiked. The annualised increase is around 15-27% since Oct 18. Everything is 60 – 100% costlier since then including beef, eggs, milk and rice. Inflation is at double digits. In Pakistan, life is cheap but commodities are costly. Food insecurity is not a faraway dream on the far away horizon of Afghanistan only. It is at the Pakistani doorstep. These days there is a lot of comparison of Pakistan’s  situation with Bangladesh. It is wistful. With the kind of progress Bangladesh is making, many Pakistani opinion makers must now be thinking – what if…that spilt never occurred… Well. Well. Well. If wishes were horses you will definitely get surplus donkeys from Pakistan. Leave it at that. The Pakistani bravado goes beyond Afghanistan. Even as their economy is sinking , they walked out of IMF talks. Immediately screws were turned. The Pakis are now hoping to restart the IMF programme once again. They will crawl back as sure as good dogs do. Purana Pakistan. Purana begging bowl.

Another contour of  Naya Pakistan has appeared on the horizon. It involves outlawing TTP , calling it a terrorist outfit and making peace with it. As per Pakistanis themselves TTP  has been responsible for the killing of thousands of Pakistanis. In return, the government has offered amnesty to the militants. In response,  TTP has intensified terrorist attacks in the former tribal regions. These attacks are claiming the lives of a number of Pakistani soldiers on a daily basis. Purana Pakistan’s policy of appeasement has increased the terrorist threat to the Naya Pakistan. As per Pakistani opinion, surrendering to terrorist groups will have very serious consequences for the country’s security and stability. This is not exactly a discovery in the Newtonian class. However now that they have understood it , will they do something about it? Doubtful if  one sees the TLP example. 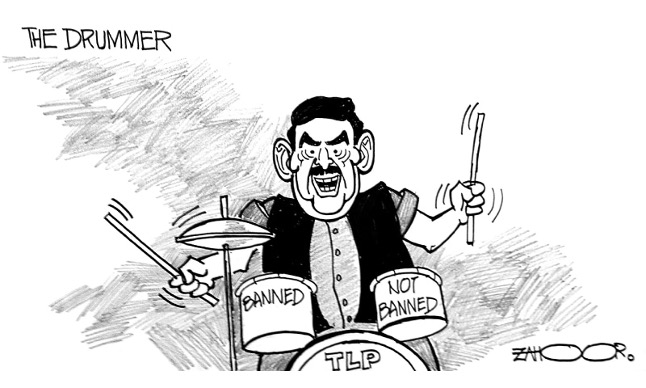 Tailban Khan’s government had banned the TLP earlier this year and had declared it a terrorist group. They kept Saad Rizvi,  the TLP leader in jail. Things boiled up. The TLP threatened to storm the capital and policemen were killed in Lahore. They threatened to widen the mayhem.  Immediately the interior minister announced that the government had accepted all their demands. Not only that, the worthy minister was all praise for the TLP leaders who held the country hostage to its retrogressive, violent ideology. All those involved in the rioting and killing of the law enforcers have been released . The  Pakistanis have also been decided to unfreeze the group’s bank accounts. The Punjab Police is riled up nice and proper. The TLP has however continued with its merry mayhem.   Interestingly the opinion in Pakistan is that Imran Khan government’s own right-wing policies are fuelling bigotry. There seems to be little difference between the TLP’s religious extremism and the PTI government’s policy of encouraging religiosity. Not surprisingly, the country faces a violent form of competitive zealotry. Hey, by the way, these are not my views. These are of Pakistanis themselves ! Purana Pakistan seems to be in a state of permanent capitulation to all kinds of forces. The  latest in this episode is that armed TLP rioters have killed police personnel. The situation is getting serious. The proscribed TLP is  marching from Gujranwala to Islamabad with thousands of activists travelling in cars, buses and on foot. Things are getting interesting. 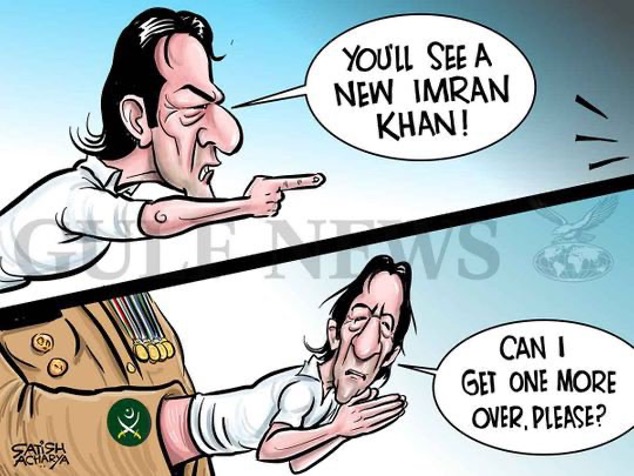 Amongst all this , there are reports that the US is nearing a formalized agreement with Pakistan for use of its airspace to conduct military and intelligence operations in Afghanistan. The moment this report leaked the Pakis refuted it. They said they will allow no such thing. After that the US administration has reported to the senate that it is continuing to use Pakistani airspace. Earlier, USA used to take permission. Now that the alliance is on the rocks, USA is doing what it wants and Naya Pakistan can take a walk. I am sure this not the end of the story. More will come in due course. 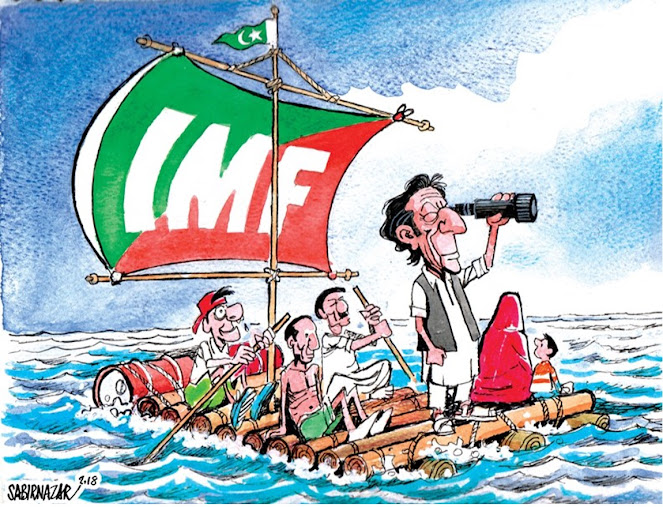 The latest contour in Purana Pakistan is that protests and candlelight vigils were organised across Pakistan occupied Kashmir (PoK) to condemn the Pakistani invasion in the region on October 22, 1947. The protesters in PoK shouted pro-freedom slogans as they demanded the Pakistani army and other administrators to leave the occupied territory. I do wish that these videos and reports are flashed across the Valley prominently. Maybe some sense will dawn on our people.

Oh, by the way. Most ideas and words in this article are from the plagiaristic cut/paste style of writing . It is only a Pakistani who can express his situation in his words, not I. After reading this article do not get confused between the Naya and Purana part of the story. We are still talking of Pakistan!

Pakistan, THE HUES OF PAKISTAN, Uncategorized