We Gunners Live By Our Guns And Die By Them

To Pakistanis : Don’t tempt an Indian Gunner. He will send you to the same fate which your predecessors met in Kargil.

To Chinese : Ask the Pakistanis. 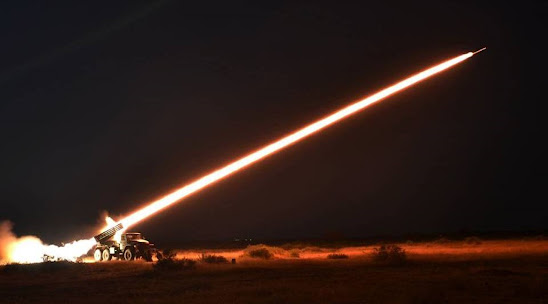 Recently, General Bipin Rawat, our CDS spoke of the necessity of Rocket Forces for India.  There are follow up articles which have appeared and suggested that India should have a Rocket Force. While it is a futuristic thought, it is also a nascent thought and it needs to be developed logically and taken to its final conclusion. One must also understand the conditions, implications and consequences of a Rocket Force. However it is a welcome thought that the nation has started thinking differently from its traditional mindset. It needs in depth thought.

Coincidentally,  a few months back I was approached by Air Vice Marshal Arjun Subramaniam (R) to write a chapter on ‘Firepower in the Indian Context’ as part of an anthology of ‘Reflection of Practioners’ which the National Defence College is going to compile and publish. This publication in the form of a book will reflect the strategic , operational and tactical concepts of the Indian Armed Forces as practised on ground throughout its military history,  and duly projected into the future. While writing this chapter, a lot of aspects  came to  my mind on ‘Firepower’. I have expressed them in the chapter. However, a synthesis of what the CDS has spoken of and what I have written needs to be done with  a wider perspective to get to what the nation needs. 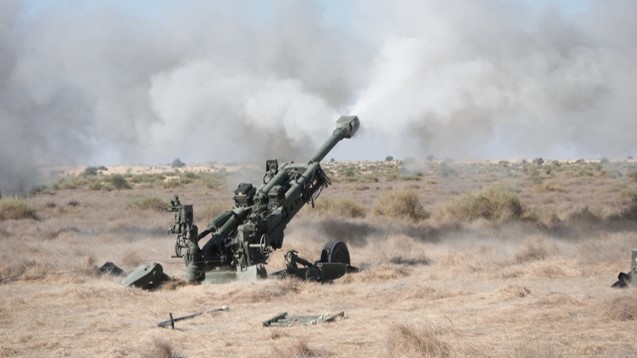 In this context, I am putting out the initial idea on this Gunners Day to look ahead into the future. To me Gunners Day is not just to celebrate  and recount our glorious past but to create conditions for a better future. Being an old time Gunner, I will lay the facts as they are for those in chair to reflect upon, and execute on ground, those actions which are in the best interests of the nation. This is only an initial ranging round. In future articles, I will be dilating upon many of the facets which we will need to think through in detail to get to where we have to be. Here we go. 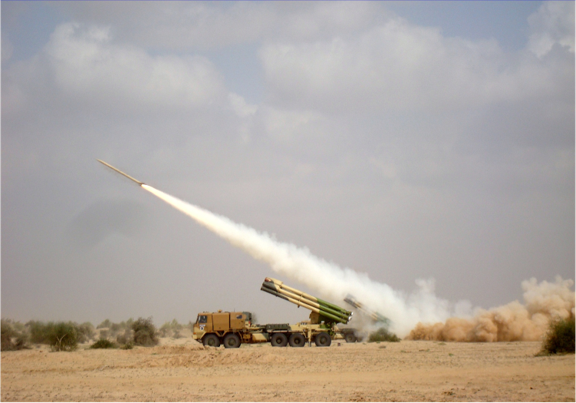 ‘Fire and move’ is the basis of warfare. In the Sino- Indian- Pak triangle, battle is most likely in the Himalayan terrain.  In this nuclearized operational environment, the space for conflict is restricted. As a result, move , manoeuvre and deep thrusts which were witnessed in the last century are vastly restricted. On the other hand,  firepower can be applied without restriction. This is the international trendline also. The balance between ‘fire and move’ is shifting towards long range attritional firepower. It enables standoff and penetrates A2AD systems. The Long-Range Precision Fires Program of USA and the Chinese missile arsenal underscore this shift. 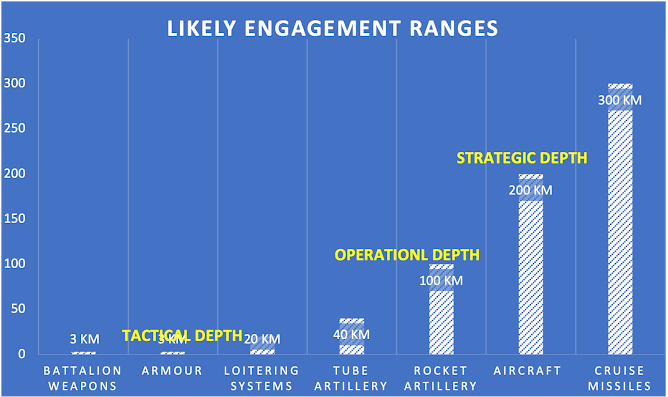 Firepower has been a battle winning factor in all wars that India has fought. In an era of limited manoeuvre, firepower will continue to play an important factor in defending the nation. The term firepower encompasses everything from a rifle which the soldier in the frontline holds to an ICBM. It is a wide swathe. However, in future, the likelihood of battle is more in the conventional space rather than beyond that. In any theatre of operations, in the tactical, operational and strategic depths, firepower will be used for posturing and muscle flexing constantly. The likely engagement ranges (in Kilometres) of the firepower spectrum are tabulated above.  In the Indian context, the chances of using ground-based firepower is far greater than aerial firepower. As fighting breaks out, firepower is more likely to be applied at the tactical and operational depths. In all cases, firepower represented by the Regiment of Artillery will dominate the battlefield, in peace and war.

It is noteworthy that long range tube and rocket artillery spans the entire battlefield spectrum. Rocket and tube artillery are complimentary to each other and cannot ever be thought of in exclusive compartments. The other major factor is that  the Regiment of Artillery will have to simultaneously fight the deep battle with the Indian Air Force and Indian Navy and the close battle with the Infantry and Mechanised Forces to deter/ward-off our adversaries. The Regiment of Artillery will be the bridge between various arms and services which makes up the Indian Armed Forces, as also across the entire battle field depth. In fact,  if one has noticed , the battle field role of Artillery began with direct firing in the last century. It shifted to ‘Support’ by indirect fire in the first world war. As ranges of weapons increased and rockets made their appearance on the battlefield, Artillery became an arm of ‘Destruction’. Today that has also gone past. Modern Artillery is an arm of ‘Deterrence’. While transiting to be an arm of deterrence, it will do us well to remember that the man in the trench fights best when the Artillery has his back and the enemy is being pummelled by its firepower. He might not have food to eat or other comforts, but he will fight as long as he knows that his firepower is with him. Deprive him of firepower and he can be defeated.  We need to think differently from one end of the battle field to the other, which we are not doing enough. We need to do more. 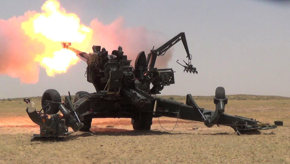 Indian Artillery with its rich operational experience will have to do this role expansion and  shift into a wider and higher plane. It is very encouraging that it is modernising rapidly and adapting to the emerging battlefield. Modern-day developments have bestowed Artillery with reach, accuracy and destructive capability, never thought of before. The Regiment of Artillery has begun an all-round  journey of modernisation in accordance with these developments internationally. This makes the Regiment of Artillery a very potent and tough customer to confront. Artillery with its proud traditions of toughness laced with a heavy dose of professionalism will continue to be a battle winning factor for India well into the future.

As India’s Armed Forces approach an era of accelerated integration, the role of the Regiment of Artillery is pivotal. To reiterate, The IAF , Indian Navy and the Regiment of Artillery will have to deploy long-range firepower to keep adversaries at ‘standoff distances’. At the same time  the Infantry and Mechanised forces along with tube Artillery will have to fight the close battle. Artillery will be the firepower bridge in any operational theatre. In this context, the concept of Artillery being only a ‘Combat Support Arm’ needs a re-examination. This shift is important if jointness and  integration are to succeed in India as we sally forth into theatre based operations. 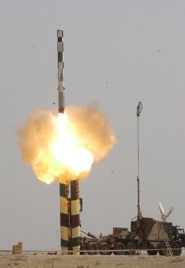