Retooling for war in super-high altitudes : ARTICLE IN IINDIA TODAY

Retooling for war in super-high altitudes

The Indian Army has been on top of the threat from the plains. But it needs new technologies for operations at super-high altitudes 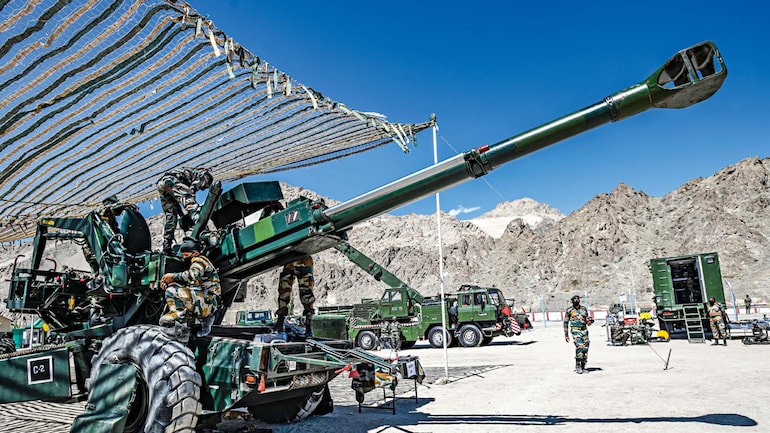 The Indian armed forces are rebalancing along the northern borders. The total number of troops in super-high altitudes (over 12,000 feet) will increase manifold. Rebalancing additional forces into super high altitudes has implications on operational efficiency, financial impact and logistic viability. Our experience of last year’s confrontation with the People’s Liberation Army of China in eastern Ladakh, more than three decades on in the Siachen Glacier and other super-high altitudes in the north and the east indicates that we must invest in certain technologies to contend with China effectively along the LAC (Line of Actual Control). Very importantly, super-high altitudes are like space—devoid of resources where survival is the first mantra. Significantly, these areas will not always require the latest technologies. They require ones that can survive the environment and function there. The best technology is the one that ‘works’ in super high altitudes. Many a time, technologies fail during operations. At that point, it is the man and his will to fight with what he has that becomes paramount. We should not lose sight of this fact.

The first prerequisite in any operational scenario is to enhance ‘battlefield transparency’ in depth across the LAC. This is achievable through a combination of applied technologies related to space, manned and unmanned ground as also aerial systems. These systems have to be backed by night vison, GIS and AI to get a clear 24×7 picture of the battlefield. This is a constant requirement before, during and after battle.

There is an undeniable requirement for engagements deep in enemy territory. Enhancing the reach of our guns, rockets, missiles, loitering systems and aircraft (manned and unmanned) through latest propulsion, control and guidance systems and related technologies will contribute to better interdiction and deterrence capabilities. Enhancing reach also reduces total numbers, improves flexibility and widens area coverage. This core technology will always be denied to us unless we develop it on our own.

Precision engagement increases accuracy and efficacy while decreasing battlefield logistics load. It also contributes significantly to surprise and ‘first salvo effectiveness’. Both are very important factors in super-high altitudes where observation is difficult and logistics a nightmare. Technologies related to target designation and acquisition are the first step in precision engagement. We need to get the shape, size and posture of the target right and then home in precisely to destroy it. Hence, technologies related to terminal guidance, seekers, AI, space and GIS assume criticality in this sphere. Precision technologies may seem costly initially but will be more cost-effective in the long run.

Communications and networks are the life-blood of battlefields. As we modernise and expand into net-centric warfare, one must seriously look at porting 5G and cyber technologies to high altitudes. Simultaneously, there is a need to have a stable, ground-based communication base using high carriageway fibreoptics. Use of space-based relay centres/ hubs and AI will enhance connectivity as well as bring in seamlessness in operational areas. An important part of communications is to miniaturise them into handheld systems.

Future battlefields will also be energy intensive. Energy will be at a premium in super-high altitudes where resources are scarce. Living and survival in super-high altitudes demands considerable energy. Every ground, aerial or communication system needs energy. The armed forces have no choice but to transit from fossil fuels to renewables and fuel cells for energy requirements. Renewable energy based on wind, solar and hydrogen technologies will dominate the future energy mix. They will not only be cost-effective but also lead to huge savings in logistics besides being environment-friendly.

Mobility in extreme battlefield conditions is of paramount importance. On foot and animal-based mobility will have to be enhanced by lightweight and tough materials. Vehicle-based mobility has to be enhanced by permafrost technologies. A combination of the two will enhance our reactions in defensive/ offensive operations in the desired time-frame. In addition, these technologies will be of high value in the creation of infrastructure required to operate in these conditions.

Technologies that enhance survivabil­ity have to be seen from different perspectives—individual, collective and medical. These relate to people. Simu­lt­aneously, weapons systems and other warlike stores also must be made durable. Survivability has to be seen from two further perspectives. First, everything has to survive the environment; second, it has to outlast enemy action. Inter se priority of technologies for super-high altitudes is based on a fundamental reality. One has to survive the environment to be able to fight in it. Hence, habitat and energy-related technologies are prime technologies. Also, combat is not an everyday occurrence, although its prevention by being forewarned is a 24×7 activity.

Technologies that enhance battlefield transparency and reach assume greater importance. Ideally, all these identified technologies should be indigenous in nature. India should be self-sufficient through ‘Aatmanirbhar’ programmes. However, that is not feasible for many reasons. In many cases, we should not reinvent the wheel but look ahead to next-gen technology. It is also important to understand that many of these identified technologies are in a fairly mature state within the country. The challenge before the armed forces lies not in availability but in harnessing and inducting them into the battlefield. It is in this arena that the Indian military system has constantly failed. Some of these technologies will have to be mastered, since they will not be given to us. We must develop these in a ‘technology denial’ regime. At another level, we should acquire niche technologies that will give us technological superiority with which we can dominate the battlefield. Some technologies can be acquired through shared programmes/ trade with our partners. Many of these technologies are dual-purpose and should be developed through civil-military fusion. In all cases, there is a serious need for a defence technology development programme on mission mode steered by the Services.

5 responses to “Retooling for war in super-high altitudes : ARTICLE IN IINDIA TODAY”