Authors Note
My articles Modernising Armed Forces on Tight Budgets and Modernising Armed Forces on Contracting Budgets evoked good response. Lot of constructive suggestions. However, I get the feeling from feedback received, that pruning down forces is fraught with risk. Yes of course. There is risk. There is risk even when you cross a road. However, life is all about analyzing risk to see if it can be marginalized to manageable proportions.
So, what is the assessed and analyzed military threat from China? Is it a Million Dollar Question? No. The military threat from China can be quantified and assessed realistically. That is what I  did in this article which I wrote it two and a half years.When I wrote it I got some good feedback. However out of the blue, I got an email from one of the most respected military personalities I have known. He said that he enjoyed reading this article. That is when I realized that I had done something beyond me without even knowing it. That is why i am sharing it for a re-read with the backdrop of other researched and related articles.
I have also analyzed the Sino Indian Conflict Matrix  and  with Followup Thoughts  in detail through two articles. To take matters further I examined where China Stands as a Superpower.  when seen in an historical backdrop in the current context of its rise. To round it off, I wrote a paper for the USI journal on Bridging the Military Technology Gap in the Sino- Indian Context.
If you are a serious analyst or really part of a thinking tank as opposed to non-thinking/ decorative ones, read all these articles together. A clear picture will emerge. The emergent picture clearly indicates that the threat from China is being blown up due to fragmented imagination and concentrated ignorance which makes us unwilling to look at our realistic options. If we do a hardheaded reality check and start its implementation, it emerges that we can prune down forces considerably to become modern and affordable, with capabilities much  beyond a threat-based structure. We should be looking at a Force based on some capability beyond meeting mere threats. The power of India can be unleashed. It needs Holistic and realistic thinking.
Let me give you a small example. A lot is made of Chinese logistic capability in Tibet. This capability is based on mastering Permafrost Technology. However, Permafrost constructions are very vulnerable to temperature inversions. Invert the local temperatures just using kerosene intelligently and the entire logistics of PLA can come to a grinding halt. It is in this context that I am republishing this article . i would like to see some one applying himself , to put numbers to it contextually and come up with real solutions. WE CAN MODERNISE EVEN WITH CONTRACTING BUDGETS. 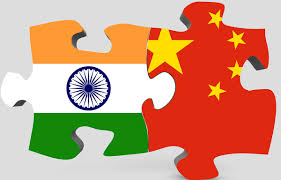 Image Courtesy: Little India Desk
July 07, 2018; By: Lt Gen P R Shankar (RETD)
Print Email
Editor’s Note
Force structuring is an outflow of the national interests of the nation combined with the military threats it faces. In the Indian context, we face threats from Pakistan and China. Four conflicts with Pakistan and more than three decades of hybrid war with them has given us a clear view of the threat we can expect from Pakistan. To that extent, it is quite transparent. On the other hand, the threat from China is a fast-growing and more potent one. However, there is lack of clarity on how it will manifest itself. What will be the considerations which will force China into a major conflict with India? Will it ever do so? The author has examined the issues in depth in his article.
Chinese Threat: A Reality Check
In 2001-2, I was researching China for my dissertation during a course in the Army War College, Mhow. Its Four Modernizations program was flowering.  China was flexing its muscles in the international arena. During a war game, I was appointed the PLA commander. My task: carry out a high-level offensive against India. I thought like a Chinese general for about two weeks.  I was skeptical regarding the reasons for a large-scale Sino-Indian conflict. But then it was a war game. I gave out my offensive plan. The then Comdt AWC remarked – “your plan is a stereotype. To sort out India you must capture the Siliguri corridor earliest.  Your plan does not contain that”.
I told him that we had considered a lot of out of the box, original, innovative and audacious ideas. We could capture Siliguri corridor at the earliest through the Doklam plateau, but that force would be decimated. After that tales would be abounding in the annals of military history as to how China was humiliated there.  With the force levels then prevailing, any offensive had to be done sequentially along communication arteries only. 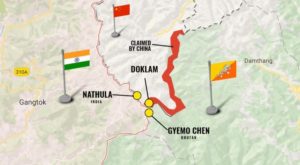 Image Courtesy: INDIATIMES
The war game ended with Siliguri corridor untouched despite my best effort. So, when Doklam occurred and with recent reports of Chinese firming in there, I reflected on that wargame. I fast forwarded the situation and rebooted all the issues I had considered. The emergent picture that follows is interesting.
There has been a lot of chatter on various issues. China is a hegemonistic and expansionist power. Our main adversary is China. Chinese forces outnumber India. Modern technology renders the Himalayan barrier ineffective. They can mount an offensive in one season. We are not prepared for a two-front situation blah, blah, blah. High-octane Chinese propaganda aided by our imagination makes them look ten feet tall. It is time to carry out a realistic assessment of Chinese strategic and operational considerations before they can even embark on a major offensive against India. That will give us an idea as to what force levels we should maintain. We cannot continue to maintain enhanced force levels based on fertile imagination alone.
The Chinese armed forces were born out of an internal revolution. They are not an expeditionary force like erstwhile colonial powers or the USA. Their primary task is to defend the nation against external aggression and internal threats. Add to it, protection of overseas interests – mainly economic, and increasing by the day.  Come what may, some part of its forces will always be committed against its own people till such time as the Government is authoritarian in nature. 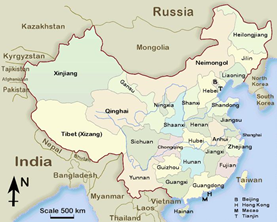 China has a land boundary of about 22000 km with 14 nations. While most borders sans India are settled, there are historical and current issues which will force China to deploy meaningful forces on borders with Vietnam (1283km), Russia (3645km) and N Korea (1416km) and some forces elsewhere before they embark on a large-scale offensive along the 3380 km LAC with India. If reunification of Koreas takes place (which cannot be ruled out with the present change in winds) then the USA, through proxies, might be once again across the Yalu to complicate matters for China.
The maritime situation is hot, volatile and fluid. A 14500 km long coastline which has a bulk of Chinese population, economic might and most nuclear facilities is greatly vulnerable. Add huge claims on South China Sea represented by the nine-dash line and disputes with all its maritime neighbours. Factor-in the danger of Taiwan declaring independence if there is the slightest weakness in Mainland China. Thinning out forces from its core is difficult and is fraught with danger in Eastern China. Bulk of Chinese forces are deployed here (Eastern, Central and Southern Commands). The maps are self-illustrative and prove the argument. 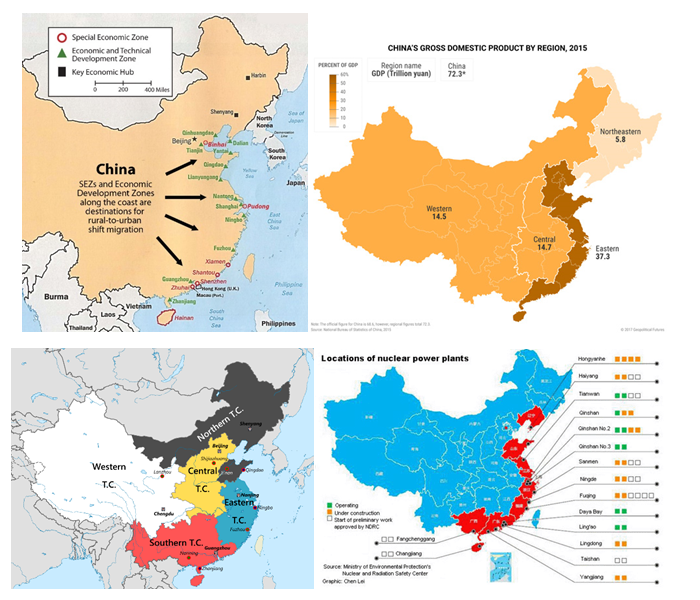