Armymen too are human beings and please grant them some rights.

A WhatsApp message doing the rounds following the Kerala flood crisis reads:
“…We were all petrified at the rising water…till the Army came…smiling…their actions were so reassuring…that we forgot all our fears and calm down…the Army even set up camps for motivation and cheering up kids who are missing school! The moment the TV cameras arrive the Army disappears, and the idiotic publicity hungry politicians take over…my uncle asked a colonel why they move away from the limelight? To which he smiled and said our light is with you…. when you are at peace our lives light up and will be lit till eternity…. camera lights are temporary! How true. My uncle who narrated this said he and many eyes were moist when they heard this. Thought of sharing this…. we are proud of your tribe.“
A recent article by Manoj Joshi, Distinguished Fellow, Observer Research Foundation, ends thus:
“…insurgency is taking a toll in India as well, not only in terms of men, but morale and attitudes.The leaderships seem to have lost their moral compass, and the effect has travelled down the line. Honour is prized as a special military virtue, but clearly there is no honour in committing or shielding illegal acts like murder, abduction and rape. Morale is best served when the military sets and maintains high moral standards, not when it condones illegal actions.“
Reading the above two views about the military. It seems as if there are two shades of Army green functioning. One full of “murderers, abductors and rapists led without moral compasses” in insurgency-affected areas and another in places like Kerala and Srinagar that rescues and reassures people and gives the spotlight to “journalists and idiotic politicians”.
Who is to judge the true Army? Without doubt — the people, in a constitutional democracy. The people’s verdict is clear as per a Business Standard  poll. The military is the most trusted in India by a mile. The judiciary comes in next with the Supreme Court at the top. Government officials and political parties were at the bottom. Indian Army personnel rescue flood-affected people in Ernakulam district of Kerala. (Credit: PTI photo)
I would like to discuss the ongoing, but unusual saga of 346 officers going to court on issues related to AFSPA in this background. People of high repute whom I immensely respect; Manoj Joshi, Admiral Arun Prakash, our ex-CNAS and Lt General Vijay Oberoi our ex-VCOAS have come out with their views — critical, introspective and supportive. I would, however, like to dwell on the thinking and psychology behind the case.
Why have these officers taken this highly unusual step?  Let us be clear.
These 346 officers are not rapists, murderers or abductors. They are mostly normal officers posted in insurgency-hit areas without any cases pending against them. They could have been in Kerala too. Why are they seeking legal protection for duties they are legitimately performing for the state? They are not in insurgency-affected areas as individuals. They have taken this recourse since they feel the threat of being individually victimised by the state apparatus which has sent or asked for them there in the first place.
During periods of insurgency, militant organisations, hostile to the nation, could go to any lengths to put the Armed Forces in the dock. This includes forcing the local judiciary and government to register false cases. Let me highlight with a personal example. I was commanding a brigade in a multi-tribal high insurgency area in the Northeast with a track record of gory ethnic killings. I got a call late one night from a journalist who wanted to know details of the kidnapping and rape of a tribal minor in one of my posts. I sat bolt upright. I spoke to the Commanding Officer, who in turn spoke to the Post Commander — a dynamic young Major. There was no rape or abduction whatsoever. However, a minor girl and a boy of different tribes had come to the post for help. They were promptly turned back. However, they were last seen in daylight outside the post and were missing since then. A militant group latched on to this and activated their machinery.
Next morning headlines – Army Major kidnaps tribal girl. Girl missing. Possibly raped and killed. By mid-day women groups were on a sit-in protest outside the Deputy Commissioner’s (DC) office. Media and human rights experts had a field day on TV. The situation was tense and volatile. The DC called and requested me to release the girl or hand over the body. I had no clue! We conferred. I asked for a magisterial inquiry. It was ordered. The district administration came under pressure and filed a FIR.
By evening, I had an anxious Circle Officer, an outraged young Company Commander and a dysfunctional unit. The militants were jubilant.  After a week, the inquiry neither blamed the officer nor exonerated him. Kidnap and rape charges were framed. The cooperation and trust built assiduously with locals, police and administration was under severe strain. In the meanwhile, a massive hunt for the girl was on. Anti-militancy operations were forgotten. Luckily, the eloping youngsters were apprehended by the police of a neighboring district. During medical examination, the girl was found to be six months pregnant. 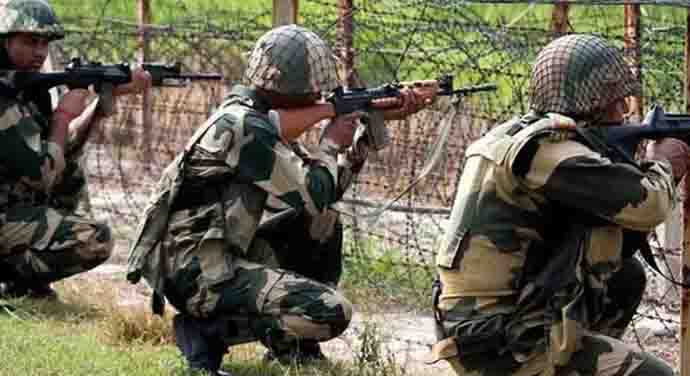 Armymen have had violated human rights in some cases but to state that the Army protects all such violators is incorrect. (Credit: PTI photo)
She was officially produced in court and on TV and handed back to her parents. The case was closed. By then the young officer was a mental wreck. He could only sob tears of relief. Much later, a tribal leader came and thanked me. It then came to light that the militants were also searching for the girl so that they could kill her and produce a body to ensure the charges stick on the Army.
That was chilling. Imagine the consequences. Those named in the FIR would have been visiting the courts for their life time on charges of abduction, rape or murder even after retirement. Imagine a Keralite repeatedly appearing in Guwahati High Court and defending himself at his personal expense — as an individual for a crime he did not commit whilst doing the job ordered by the state.
This is not a unique case or story. It is common risk for almost everyone involved in counter insurgency. False legal charges of human rights violation, rape, abduction, murder, extra-judicial killing etc., are the normal instruments for militants. If all such charges are to be believed, then the armymen will only be defending themselves in courts. If individuals are left in the lurch with a dysfunctional AFSPA or a diluted new law, the Army as the last arbiter of the state will cease to be that. I do hope the courts take note of all the sensitivities involved when they decide on this case. Armymen too are human beings and please grant them some rights.
It will be argued that I have portrayed one side of the story and that there are many other sides to it. Agreed.
I know that in some cases armymen have had violated human rights in various degrees. To state that the Army protects all such violators is incorrect. To selectively rake up a few cases is also incorrect. Aberrations will always exist. The internal code and discipline to enforce good human rights behaviour is stringent in the Army. We fully understand that we are dealing with our countrymen and not the enemy.
All human rights allegations are investigated in the Army without fail. Invariably, less than three per cent have been found to be correct. Prompt disciplinary action is taken in cases where guilt is established. Compensation is paid where due. I still recollect that I ensured a court martial, demoted a senior NCO and sent him to jail for misbehaving with a Naga girl. All action completed within a month and in public knowledge. One might not believe what I am saying. But that is the reader’s choice.
I would like to narrate an episode which indicates levels of militancy and restraint. One young helicopter pilot was carrying out a dangerous very low-level sortie to deliver food to people marooned in floods. Locals were throwing stones at him from below. The young pilot  was shocked and crestfallen, but continued with his search, relief and rescue sorties. It took him a long time to come to terms psychologically. I do not think any other Army has faced such levels of hostility or coped with so many casualties as the Indian Army, purely due to the restraint it has shown.
Martin van Creveld should research this aspect of the Indian Army. Here is a simple proposition. Every time there is a casualty, can the MLA/MP and a handful of people of that district attend the funeral of that martyr in his hometown? Attitudes will change.
Let there be no doubt — these 346 officers are seeking redress from the Constitution of India and not defying it. They have nothing against the CBI or the government. All they are seeking is protection from false persecution as individuals for duties they are carrying out — legally ordered by the state. That is the core issue. When the state orders them to do a duty, it is the duty of the state to protect them also.
I have another take.
Why keep an area as “disturbed” if the insurgency situation has improved? Send the Army back to barracks. There are enough paramilitary forces to handle residual insurgency. I have argued in my earlier writings that the Army should downsize and modernise by demitting the counter-insurgency role. Governments, parliamentarians, politicians, bureaucrats, journalists, intellectuals and all those who exercise democratic control over the Armed Forces should frame laws and decide the areas where and how the Armed Forces are to act.
However, I would also like to highlight that we, the citizens of India, will get what we sow. If the last arbiter of the nation is suitably empowered, we retain a nation. If not, there might not be one.
We, Indians must stand by the Army, if we want the Army to deliver results. Our Army has never failed India. It is a very strong pillar upon which the Constitution rests. As a citizen of India, I am proud of my Army and most Indians echo my thought.
My shade of Green saves Indians. It does not kill them.
Lastly, I would like to request the Army leadership to introspect. How have these 346 officers acted the way they did? Their cause might be correct. Their collective action is not.
Somewhere there is a clear leadership deficit at some level